Callum Hudson-Odoi to stay at Chelsea despite Bayern Munich interest 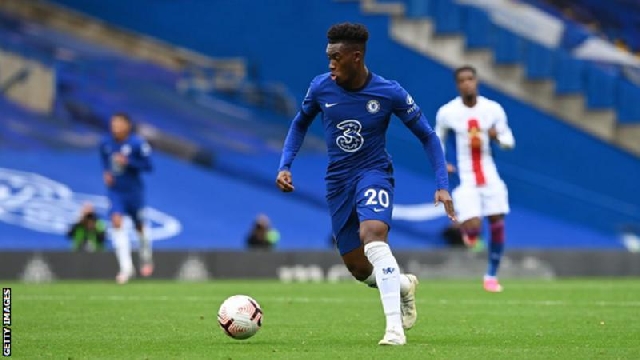 Chelsea winger Callum Hudson-Odoi will remain at the club despite interest from Bayern Munich.

The England international, 19, was the subject of a loan bid from the Bundesliga champions this summer.

But after manager Frank Lampard said Hudson-Odoi was part of his plans this season and Bayern signed winger Douglas Costa on loan from Juventus, the teenager will stay at Stamford Bridge.

Hudson-Odoi has scored once this season and started Chelsea’s past two games.

Meanwhile, French midfielder Tiemoue Bakayoko has joined Napoli on loan for the season.

It is the third time the 26-year-old has been sent out on loan since joining Chelsea in 2017, following spells at AC Milan and Monaco.