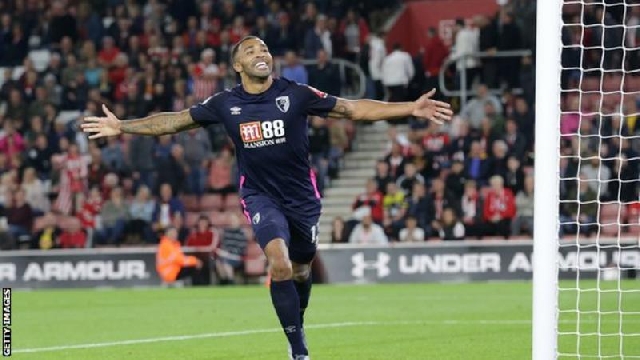 Newcastle United have signed England striker Callum Wilson on a four-year-deal from Bournemouth for about £20m.

The 28-year-old, who has four England caps, made 187 appearances for the Cherries and scored 67 goals.

Aston Villa were also interested in Wilson but withdrew a higher bid of £21m, with the former Coventry City striker preferring a move to Newcastle.

Wilson is Steve Bruce’s third summer signing since the collapse of the proposed takeover of the club in July.

“From the minute I knew Newcastle were interested, it was definitely something that appealed to me,” Wilson told the club’s website.

“It’s a massive club with great history. Along the years, they’ve had great strikers so if I can emulate half of what they’ve done, I’d like to attempt that.”

Bruce, who has also been linked with Norwich City left-back Jamal Lewis and Wilson’s former Cherries team-mate Ryan Fraser, says he is “grateful” the club have made the signing happen.

The Newcastle manager said: “Callum is somebody I’ve admired for a long time and I’m delighted to get him. He has done fantastically well at Bournemouth and was deservedly playing centre-forward for England less than two years ago.

“The club has worked ever so hard to get Callum here and we have beaten off competition from a number of clubs.”

Wilson has scored one England goal – on his debut against the United States in November 2018 – and won his most recent international cap in the 6-0 win over Bulgaria in Sofia in October 2019.

The striker is the latest high-profile departure from Bournemouth following their relegation from the Premier League, with Nathan Ake moving to Manchester City in a £41m deal and goalkeeper Aaron Ramsdale signed by Sheffield United for £18.5m.