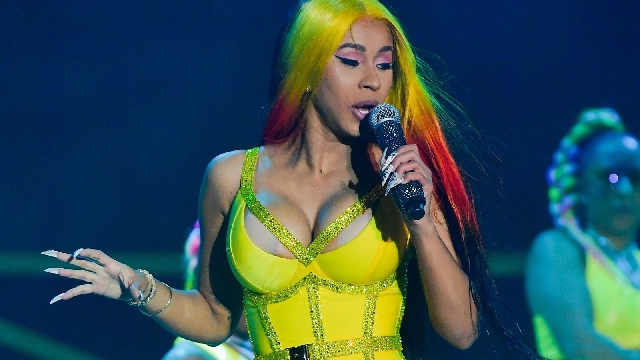 Rapper Cardi B has clapped back at critics of her controversial and explicit hit song WAP, saying “it’s what people want to hear” – but has admitted it’s not for children.

Featuring fellow US rapper Megan Thee Stallion and sampling the 1993 Frank Ski single Whores In This House, the X-rated track, which celebrates female sexual pleasure, was released to much heated online debate and countless opinion pieces earlier this month.

Hailed by some as a feminist masterpiece, others have criticised the song and its video – which features tigers, some nudity and a cameo by Kylie Jenner – as pornography.

It is currently sitting at number one in the Billboard chart, its second week at the top, and broke streaming records in the US upon release. In the UK, it is currently number two in the Official Charts.

On YouTube, the video has been viewed more than 134 million times.

In an interview with Australian breakfast radio show presenters Kyle and Jackie O, Cardi, whose real name is Belcalis Almanzar, has spoken out about the backlash – and it’s fair to say she isn’t too concerned.

“The people that the song bothers are usually, like, conservatives or really religious, big religious people,” the star said.

“But my thing is that… I grew up listening to this type of music, so other people might [think it’s] strange and vulgar but to me it’s like, really normal.”

Cardi, who has a two-year-old daughter with rapper Offset, continued: “It’s like no, of course I don’t want my child to listen to this song and everything, but it’s like… it’s for adults!”

The rapper said the song must be doing something right, saying “it’s what people want to hear”.

She added: “Because if people didn’t want to hear it, if they were so afraid to hear it, it wouldn’t be doing as good.”

In an unlikely pairing earlier this month, Cardi B sat down with Democratic presidential nominee Joe Biden to discuss issues including coronavirus, racial justice and the upcoming US election for an interview with Elle magazine.

“I have a whole list of things that I want our next president to do for us,” she said. “But first, I just want Trump out. His mouth gets us in trouble so much.”