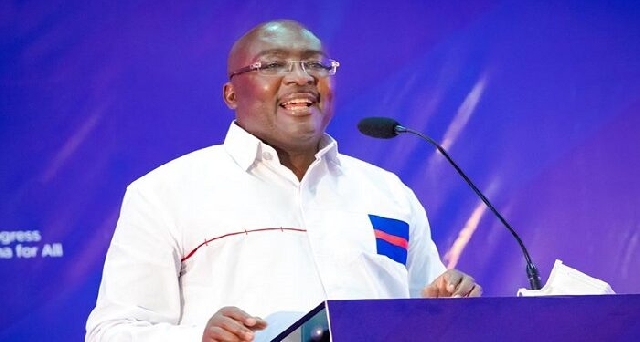 Vice-President Dr Mahamudu Bawumia has said the depreciation of the cedi under President Nana Akufo-Addo is the lowest since 1992, adding that the government’s prudent exchange rate management has made the cedi one of the best-performing currencies in the world against the dollar.

Speaking to Kumasi-based Ashh FM on Tuesday, 13 October 2020, Dr Bawumia said the National Democratic Congress (NDC) has been criticising the government about its performance in managing the cedi-dollar exchange rate because “they don’t understand” it.

“The data show that since the inception of the fourth republic, this exchange rate under Nana Akufo-Addo, so far, is the best management of the exchange rate”, Dr Bawumia asserted.

He explained that the “exchange rate is there but the rate of depreciation is the most important thing”.

“Under the NDC, the rate of depreciation of the cedi was too fast.

“But in this election year, when normally you would expect a higher depreciation because of COVID-19 and other issues, this year, so far, the depreciation is 2 per cent – the lowest since 1992”, he argued.

“So, it’s a very good management of the economy”, the Vice-President said.

“It used to be running like Usain Bolt under the NDC but we have arrested that kind of depreciation”, he noted.

He recalled that: “In eight years, the NDC took us from one cedi to a dollar to four to a dollar – a fourfold increase”, pointing out: “If we had managed the rate like they did, it would have gone from four to 16 cedis to a dollar. Bt now, we are at 5.7 cedis to a dollar”.

“This is the slowest rate of depreciation since 1992.

“So, the Bank of Ghana has done well.

“The Akufo-Addo government has done well as far as the management of the exchange rate is concerned. We have one of the best-performing currencies against the dollar in the world today”, he insisted.