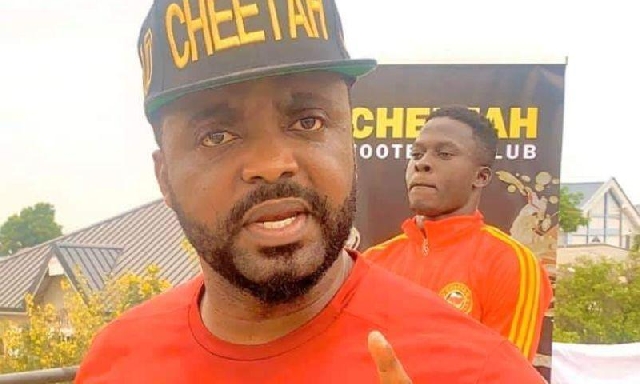 The President of Cheetah FC, Hayye Yartey, has announced that his club is embarking on a ‘one goal-one passion’ project aimed at unearthing talents for Ghana.

The lower-tier side is widely known for producing great talents.

Some of them include Christian Atsu, Ishmael Yartey and Emmanuel Toku.

“We’ve acquired land that we want to develop, and that is the one goal-one passion project.

“We want to put some infrastructure in place to continue developing young talents”, he said.

Mr Yartey also noted that the project does not have a timeline, although, the first phase is ongoing.

“We are a very small developing club.

“We are still on the first phase, which is to develop the pitches. So, we are on it”, he added.

Mr Yartey also revealed that once the project is completed, the club will be able to produce twice what they are currently producing.

“We adopted the Kasoa pitch since our formation eleven years ago.

“We produced a lot of players.

“We have players that have served the national team.

“We have players that have moved to Europe, all of whom were developed on the Kasoa pitch,” Mr Yartey disclosed.

According to Mr Yartey, if the club could develop such talents on the Kasoa pitch, having good facilities would mean that the club could produce two or three times the talents previously produced.

Cheetah FC was formed in 2009 using the Kasoa pitch as their home ground.