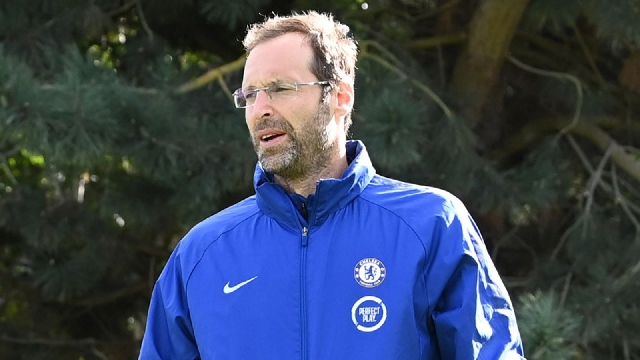 The surprise inclusion of the 38-year-old, who works as the club’s technical and performance advisor, has been described by Chelsea as “a precautionary step due to the unprecedented conditions currently caused by the Covid-19 crisis”.

He became a Blues legend after making over 300 appearances at Stamford Bridge between 2004 and 2015, winning 13 major trophies, including four Premier League titles and four FA Cups, before joining Arsenal.

The former Czech Republic international played a starring role as the club won the Champions League in 2012, saving a penalty in extra-time against Bayern Munich before stopping two more in the shootout.

He returned to the club shortly after his retirement from playing, taking up his current role which involves providing advice on all football and performance matters, as well as developing stronger links between the academy and first team.

Each club has had to register 25 first-team players over the age of 21, of whom a minimum of eight should be homegrown.

A homegrown player is defined by the Premier League as someone of any nationality who was 21 or older on 1 January 2021 and spent three years between the ages of 16 and 21 attached to an English league team.