Chief, 26 others charged with treason over Volta disturbances 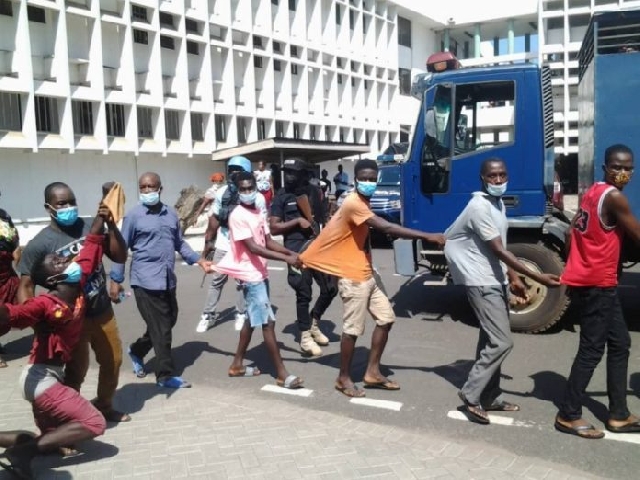 The 27 persons alleged to have caused disturbances in the Volta Region have been charged with treason felony.

The accused persons, alleged to be secessionists, include a traditional ruler, Nene Kwaku Agblorm II, and 26 other persons.

They have been accused of not only causing disturbances in the region in September this year but also preparing to usurp the country’s executive powers.

According to the amended charge sheet, the accused are also facing charges of causing unlawful damage, stealing, rioting with weapons, conspiracy and participating in the campaigns of Western Togoland, a prohibited organisation.

The court, however, did not read the charges out to the accused persons.,

The lawyers for the accused were however displeased with the fact that their clients were in court without their charges being read to them.

They also indicated that their clients, who are mostly breadwinners of their families had not been fed while in Police custody although some of them were on medication due to serious health problems.

Although the lawyers prayed the court to admit their clients to bail, Assistant Superintendent of Police (ASP) Sylvester Asare told the court that it could not grant the accused persons bail as it lacked the jurisdiction to do so due to the new charges.

The court denied the suspects bail on the grounds that it lacked the jurisdiction to do so.

The case has since been adjourned to Monday, 9 November 2020.