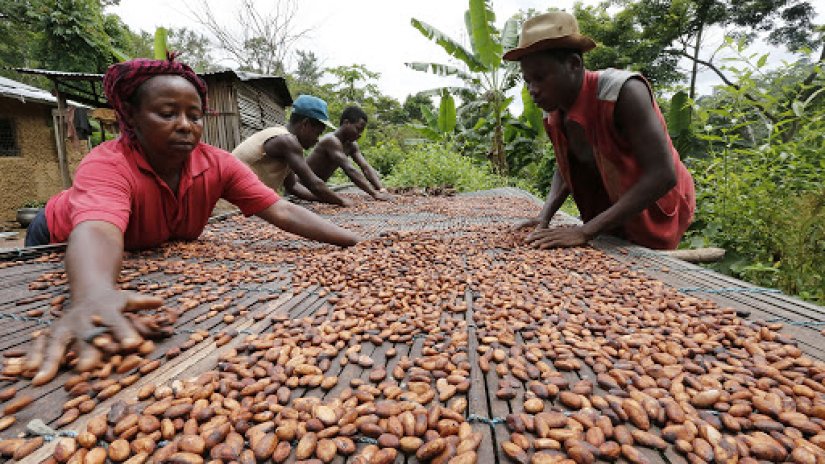 Takoradi, July 14, GNA – Mr Theophilus Tamakloe, Chairman of the Assinman Cocoa Farmers’ Cooperative and Marketing Union Limited (AMCOFUL) has called for a policy direction on re-afforestation on most Cocoa lands to avoid the looming threats of deforestation in Cocoa growing areas.

He said Cocoa production in Ghana continued to affect many forest reserves.

Mr Tamakloe said a study conducted by the Union on “Addressing Cocoa Land use and Impact on deforestation” revealed that the trajectory of deforestation due to cocoa production had remained upward primarily because of rising demand for chocolate, decreasing production capacity from aging cocoa trees, lack of good agricultural practices and the shrinking suitable land associated with climate change.

The study was sponsored by the BUSAC Fund, USAID and DANIDA.

The factors he noted, created further incentives to convert forests to farmlands for cocoa, which threatened remaining forest and protected areas.

Meanwhile, though Ghana joined La Cote d’Ivoire at the UN Climate Change Conference (COP23), in Bonn, Germany to announce far-reaching Frameworks for Action with leading chocolate and cocoa companies to end deforestation and restore forest areas, much was not realized.

Central to the Frameworks, he said was a commitment to stop further conversion of any forestland for cocoa production, which marked one of the latest forms of transnational business governance, where state actors shared the regulation of the environmental and social externalities with private sector actors.

He said in addition, both countries announced plans to introduce a differentiated approach for improved management of forest reserves, based on the level of degradation of the forests.

Mr Tamakloe, however urged the two countries to do more adding, “there are growing concerns from international cocoa buyers”.

He stated that there were also several challenges of Cocoa Farmers such as , inadequate funding, limited technical knowledge to replant old trees and somewhat lack of best practices to rehabilitate old cocoa farms for resilience and higher yield.

In addition to the setbacks, he indicated that many cocoa farmers were faced with insecure land tenure arrangements that prevented or discouraged them from replanting on old farms among many others.
Mr Tamakloe revealed that the implications for the depletion of the forest cover induced land degradation and desertification, destruction of biodiversity and depletion of the natural sink for carbon dioxide.

“It has adverse effects on ecosystem services such as watershed protection, provision of habitat for wildlife, storm-flow stabilization, runoff control, prevention of soil erosion, and other types of environmental amelioration.

He noted that in disturbing the watershed protection function of forests, deforestation caused siltation of streams, rivers and increased flooding.

Mr Tamakloe therefore called on partners to take action considering the limited technical and economic capacity of smallholder cocoa farmers who were prime culprits on deforestation in the Cocoa sector.