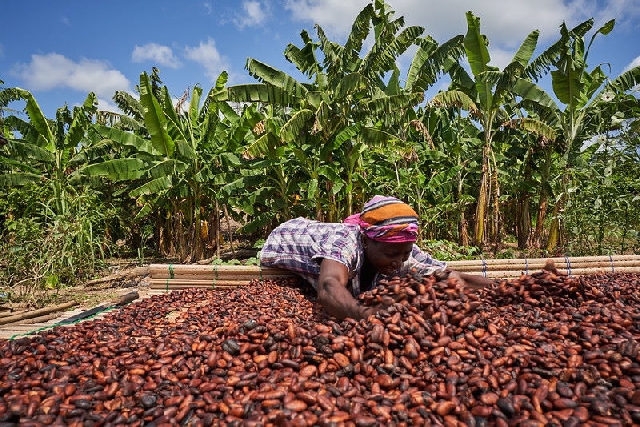 COCOBOD is optimistic of increasing yields in the next season

The Ghana Cocoa Board (COCOBOD) has signed a syndicated loan agreement of $1.3billion for the purchase of cocoa beans in the 2020/2021 crop season.

The Chief Executive Officer (CEO) of COCOBOD, Mr Joseph Aidoo, explained that Ghana would receive the money when the agreement is signed, adding that cocoa farmers are assured of receiving physical cash at all COCOBOD contracted agents’ sales points throughout the country when the season is opened in October 2020.

The loan agreement was signed on Tuesday, 29 September 2020.

Mr Aidoo, in an interview with Kwabena Ahwireng Martin of Hot/Fox FM, explained that a section of people, especially from the opposition National Democratic Congress (NDC), were of the view that “due to the outbreak of the COVID-19 pandemic, there wouldn’t be any means for COCOBOD to get or receive money to purchase the cocoa beans from farmers for the 2020/2021 season.”

“But due to the hard work of this government, led by President Akufo-Addo and the management of COCOBOD, and how credit-worthy COCOBOD stands, finally, the agreement has been signed today and the money would be received before the beginning of the season,” he said.

He further explained that COCOBOD is anticipating a boost of about 900,000 metric tonnes in Ghana’s cocoa production.

According to him, the boost will replace the highest record of about 800,000 metric tonnes.

Mr Aidoo expressed optimism that the measures put in place by the government, coupled with the scientific approach adopted by farmers in growing the crop, will lead to higher yields.

He mentioned some of those interventions as the regular pruning of cocoa trees, which allows them to bear more fruits and the decision by the government to give fertilisers to farmers directly.

In furtherance, Mr Aidoo stressed the need for the country to generate its own funds to purchase cocoa beans from farmers to reduce the high interest rate on loans.