Commercial flights to Ho to begin in Easter 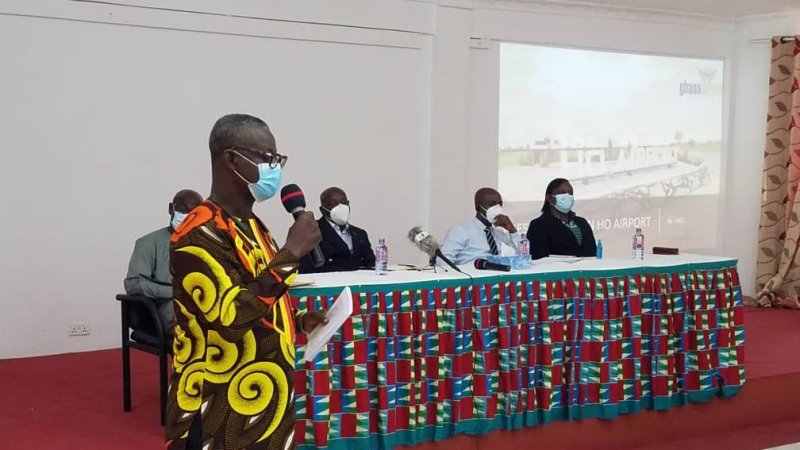 The Ghana Airports Company Limited (GACL) has announced the launch of commercial flights to Ho during the Easter holidays.

Madam, Amma Faake Gadzekpo, Head of Business Development Services of the GACL said the facility had long been ready, and that the Company had been looking for the “right opportunity and timing to make it happen.”

She made the announcement at a stakeholders meeting in Ho organised by the Ghana Tourism Authority (GTA) to engage stakeholders including; players in the hospitality industry on developing sustainable packages to grow the travel and tour industry in the Region.

Madam Gadzekpo said an increase in tourism, and business activities in the Region were likely to make the Ho route one of the “best” in the country.

She said the route development strategy hinged on the collaborative effort of stakeholders including; the tourism authority, the flight operators, and hospitality industry.

Madam Gadzekpo noted that ease of travel, seamless operationalisation and affordability remained the key factors to developing the route, and asked stakeholders to help develop and market affordable packages.

“The idea is for us to truly work together and harness the potentials together,” she stated.

She said part of the strategy must include the development of a vibrant social media campaign, and also the engagement of influencers and brand ambassadors.

Mr Ade Dayo, Head of Marketing at Africa World Airlines (AWA), which is proving the flight services, announced a twice-per-week flight schedule to the airport, at GH¢99.00 for a one way.

He said the fare was introductory and would stimulate the market, and enable stakeholders to come together for an all-inclusive package.

Mr Alexander Nketia, Regional Head of the GTA said the operationalisation of the Airport had the potential to open up the Region, and was hopeful it would help save the COVID-19-hit tourism industry.

He said a technical committee would be constituted to develop the promotion strategies.

Private stakeholders in the Region welcomed the announcement, with some saying it was a dream come true, and called on the government to fix roads in the region for a conducive ground travel experience.

The $25 million Ho Airport was completed in 2016 as a 100-passenger facility, which holds two medium-sized aircrafts at a time.

AWA is a Ghanaian airline that commenced operations in September 2012.

It runs five domestic points in the country and visits four destinations in the African sub-region.