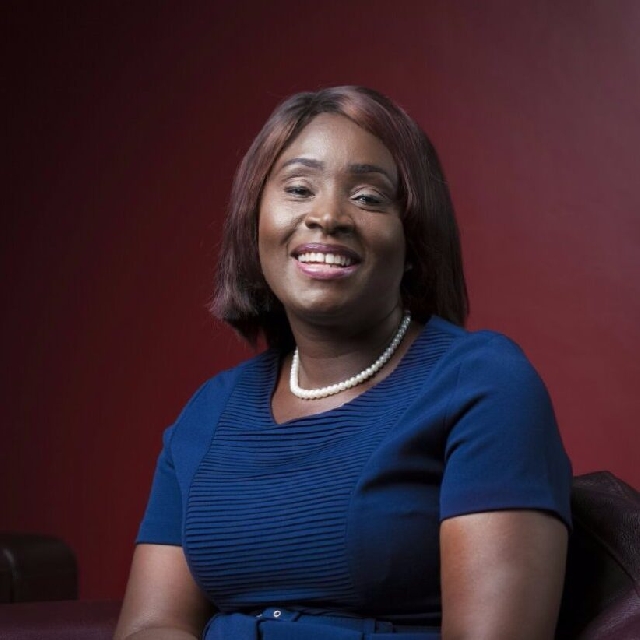 In the Abuakwa North Constituency, for example, Corruption Watch said the incumbent MP, Gifty Twum Ampofo, who won the race with 150 of the valid votes cast, allegedly gave GHS1,500 and a flat screen TV set to each delegate.

Her challengers: Mr. Kay Amoah, who polled 116 votes, allegedly gave each delegate GHS500 in addition to a table-top refrigerator or flat-screen TV while Kofi Obeng, who garnered 112 votes, also paid GHS500 to each delegate.

CW said its undercover reporters could not establish that Nana Serwaa Acheampong, who polled 35 votes, offered any cash or material gifts to the delegates.

Corruption Watch said when it contacted the MP for her response, she admitted to giving the GHS1,500 and TV to each delegate but said she doesn’t consider that an inducement as this is not the first time she has given gifts to delegates in her constituency, citing fridges she gave each delegate during this year’s Easter season.

Also, the anti-corruption body said Mr Kofi Obeng admitted giving GHS500 each to some delegates but said the money was paid on his behalf by his financier.

According to him, the money was meant to cover the cost of transportation and accommodation of delegates, some of whom, he said, came from far.

All efforts to reach Mr. Kay Amoah for his response failed, CW said.

Still in the Eastern Region, the contest for the Nkawkaw NPP parliamentary slot was one involving heavyweights and allegations of equally hefty payments to delegates came up, CW said.

Incumbent MP and Eastern Regional Minister, Eric Kwakye Darffuor, slugged it out with five others for the nod of the 709 delegates.

Joseph Frimpong won the day with 206 votes in the Nkawkaw Constituency but not without the accusation that he allegedly offered each of the 450 selected delegates GHS2,000 and a flat-screen television or Bruhm refrigerator.

Corruption Watch learnt that two days to the polls, he initially gave GHS1,000 to each of the 450 delegates and topped it up with a flat-screen television set or refrigerator depending on the choice of each delegate.

Incumbent MP Eric Kwakye Darffuor, who polled 159 votes, and placed second, allegedly gave some money and an item of value to the delegates, CW said.

Ex-MP and Board Chairman of MASLOC, Seth Agyei Baah, who garnered 156 and secured third place, also allegedly gave GHS2,000 to each of the 250 selected delegates.

The sole female aspirant and lawyer, Joyce Opoku Boateng, who finished fourth, obtained 82 votes amidst allegations that she gave GHS400 each to an unspecified number of delegates. Eyewitnesses claim that even though the money was shared to delegates by her campaign coordinator, she was part of the team that personally moved from house to house to give out the money to the delegates.

The claim against David Boateng Asante, who received 73 votes and placed fifth, is that he supposedly gave to an unspecified number of targeted delegates, GHS500 each plus a gas cylinder and a burner.

Another ex-MP, Kwabena Adusah Okerchiri, polled 28 votes and finished at the bottom of the pack.

It is alleged that he gave money to each delegate but varied the amount, as he gave to some GHS200 and others GHS100, depending on each person’s loyalty toward him.

Joseph Frimpong denied ever distributing money, TV sets or refrigerators to the delegates and insisted that he was a teacher and the “poorest” among the candidates. He, however, admitted giving “a token” to the delegates, which amount he declined to say.

Eastern Regional Minister Kwakye Darffuor refused to discuss the allegations of making payments to delegates. However, he said all politicians commonly know that, in every election, a candidate has to provide for the transportation and feeding of the delegates.

Responding to the allegations against him, Mr Seth Agyei Baah told Corruption Watch that he was not in a position to confirm or deny the allegations of sharing GHS2,000 to 250 delegates. He said he went into an election and lost and wants to get over the shock of losing the election.

In the case of Joyce Opoku Boateng, she admitted giving “everybody” an amount of GHS400. She explained that it is common practice that during periods such as primaries, candidates give an incentive to the delegates to know that “you are a person of substance who is coming to be there for them.”

Ex-MP Kwabena Adusah Okerchiri admitted giving money to the delegates but said it was for their “transport and what they would eat.” He justified his action, saying that everybody gives something to the delegates during elections, regardless of which political party is organising the polls.

CW said Boateng Asante did not respond to its calls and text messages.

Multiple CW sources in the Awutu Senya West Constituency of the Central Region alleged that the campaign team of both candidates gave money to the delegates in the election which incumbent MP and Deputy Minister of Communication, George Andah won with 438 votes of the valid votes cast.

Mr. Andah parried claims of giving money and other items of value to the delegates when contacted by Corruption Watch, even though he had told JOYFM’s Kwesi Parker Wilson, after winning the primary, that he gave a “token’’ to the delegates.

Similarly, when Corruption Watch contacted Mr. Aidoo, he denied giving the delegates any money, arguing that he lacks the financial capacity to do that.

According to him, apart from food and drinks which every delegate benefited from, he only gave some delegates transportation each time they had to meet him. He said the amount per delegate was dependent on the cost of transportation from the individual’s location, adding that he gave some as low as GHS20 for transportation.

In the Ashanti Region, Corruption Watch monitored events in the Bantama, Nhyaeiso and Ejisu constituencies. The anti-graft body said there were lots of allegations of payments to delegates by the aspirants in this region.

This was the case for the Bantama Constituency, which received a lot of attraction because Francis Asenso-Boakye, a deputy chief of staff at the presidency, squared off with incumbent MP Daniel Okyem Aboagye.

It was alleged that many delegates received two thousand cedis (GHS2,000) each. However, Corruption Watch has not been able to independently verify the payments and the giver(s).

In the end, Asenso-Boakye beat Okyem Aboagye with 456 votes against 122 votes.

Responses to the allegations

Nonetheless, Corruption Watch made contact with both men to respond to the allegations. However, neither of them responded.

The primary in Ejisu Constituency, also in the Ashanti Region, was equally engulfed in allegations of payments of money to delegates as incumbent MP Kwabena Owusu Aduomi locked horns with the Chief Executive Officer of the National Entrepreneurial and Innovation Programme (NEIP), John Kumah.

Corruption Watch reporters could not independently establish the veracity of the alleged payments and the supposed giver(s).

Still in the Ashanti Region, the contest in the Nhyaeiso Constituency was a straight fight between incumbent Kennedy Kwasi Kankam and the CEO of MASLOC, Stephen Amoah.

Mr Kankam polled 315 votes to fall behind the MASLOC boss who obtained 332 votes.

Corruption Watch reporters could not independently establish any incident of payments to the delegates.

In the Bono Region, where the election took place in six constituencies, Corruption Watch monitored the polls in the Wenchi Constituency. In that contest, Professor George Gyan Baffour, who is the incumbent MP and Minister of Planning, went against four other persons: Albert Ameyaw, Kojo Frempong, Yaw Opoku Atuahene and Tina Abrefa-Gyan.

Corruption Watch reporters could not independently establish any incident of payments to delegates.