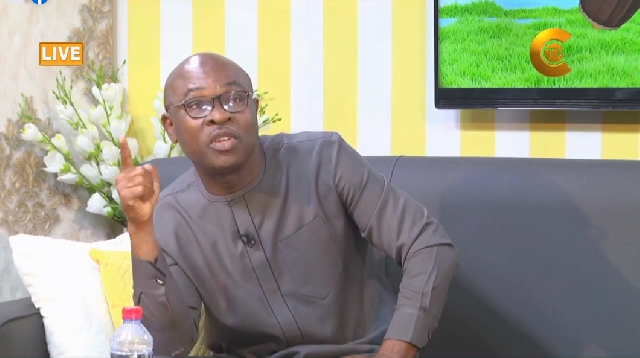 Mr Emmanuel Mantey, the main contender to incumbent Adentan MP Yaw Buaben Asamoa, has confessed to investing a minimum of about GHS3,000 in each of the 770 delegates of the Constituency in the past year leading to the governing New Patriotic Party’s recently-held parliamentary primaries, which he lost.

Mr Mantey told anti-graft body Corruption Watch that his investment in the delegates was not meant to induce them to vote for him.

Mr Buaben Asamoa won the polls with 422 out of the 739 valid votes to beat Mr Mantey and three others, all of whom, including the MP, paid different sums of money to the delegates, according to Corruption Watch.

Corruption Watch said Mr Buaben Asamoa, who is also the NPP’s National Communication Director, through his campaign team, allegedly made some payments to some delegates on the night of 19 June and on the morning of the election, 20 June 2020.

Mr Emmanuel Mantey, who got 217 votes and the runner-up to MP Buaben Asamoa, allegedly distributed GHS200 to delegates through his agents.

Mr Rahman Zak, who placed third with 83 votes, purportedly dished out GHS500 to an unspecified number of delegates through his ‘agents’ on the day of voting.

Alfred Ababio Kumi, who came fourth with 10 votes, went into the race with a pledge to donate a total of 516 tricycles (aboboyas). He intended to give 16 fully-funded tricycles to the party to use for income-generation activities in the 16 electoral areas in the constituency, CW noted.

His reward for the delegates was that he would distribute 500 tricycles to 500 delegates at a 50% subsidised price, CW said.

Corruption Watch said it’s undercover reporters could not establish that Freda Agyemang Sarpong, who polled seven (7) votes, made any offers or actually made any payments to delegates.

When Corruption Watch contacted MP Buaben Asamoa, he declined to discuss the allegations of offering money to delegates. He indicated that the primaries were over and he had moved on.

On the other hand, Mr Mantey admitted to giving money to delegates but said it was not intended to influence the way they voted. According to him, he gave to each delegate an amount between GHS200 and 300 to cover their transportation cost.

Additionally, he gave each delegate “a very decent” lunch pack that included water and beverage.

He disclosed that from the first day when he decided to contest the primaries, he began to invest in all the delegates.

He estimated that each of the over 770 delegates may have benefitted about GHS3,000 from him during the past one year.

Cumulatively, that works up to a minimum of GHS2.3 million.

Mr Zak denied giving GHS500 per person delegate. Instead, he said he only paid GHS50 and GHS100 to his agents for transportation.

Mr Alfred Ababio Kumi, however, admitted to making pledges to donate a total of 516 tricycles to the party and the delegates. He said this was not an inducement. He disclosed that he has already delivered the first two of the 16 tricycles he is donating to electoral areas in the constituency.