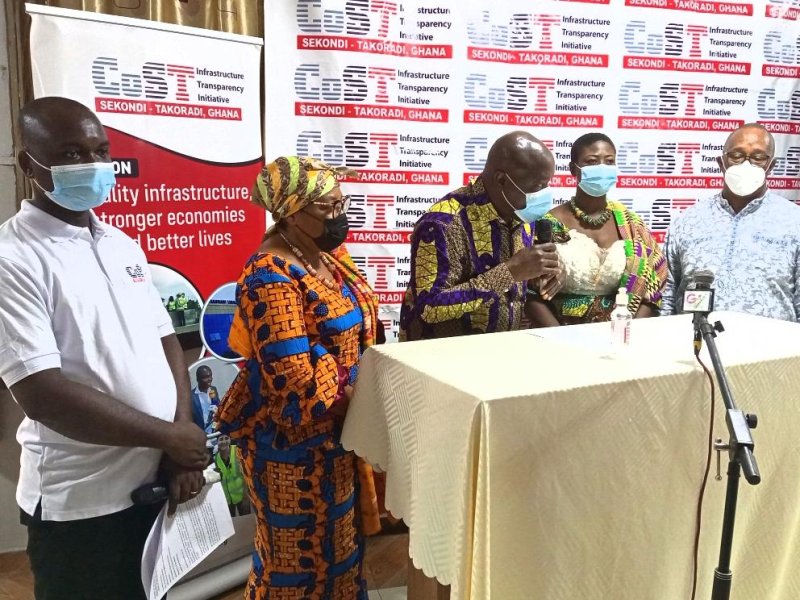 The Sekondi/Takoradi chapter of CoST international has launched an online infrastructure disclosure Portal to keep citizens abreast with project information for more participation and accountability.

The portal allows interested citizens to follow up, have details of projects ongoing among procuring entities within some districts of the Western Region and channel concerns towards enhancing transparency and accountability of most government-funded projects.

The Auditor General’s report on the sector revealed how some 45 million cedis was lost to irregularities in the infrastructure sector and the need to promote more accountability in the sector to save government purse of such “wastage.”

Mr Abdul-Mumnin Issah, the Mayor of the Sekondii-Takoradi Metropolis, said the decision to join CoST was characterized by the principles the programme stood for.

“This intrinsic features of CoST Multi-Stakeholder group to publish projects and contracts information, develop mechanisms for citizens to monitor and report on implementation really fascinated the Assembly to be part of the programme,” he said.

He mentioned that the metropolis was witnessing massive infrastructure projects, including the interchange and the redevelopment of the Takoradi market.

“We are ensuring unrestricted access to information throughout the project lifecycle.”

The MCE was of the firm belief that the CoST project, therefore, presented an excellent opportunity to commence dialogue and implement reforms to reverse the crisis of confidence plaguing citizens, the private sector and the government.

“This is as a result of a growing demand by citizens and other stakeholders for accessing information to the publicly-funded infrastructural project.”

The information disclosure portal would create trust in citizens and would also serve as an avenue to channel information on project contracting and infrastructural development.
“This will serve as a platform to promote transparency and social accountability in the delivery of public infrastructure,” the Project Coordinator said.