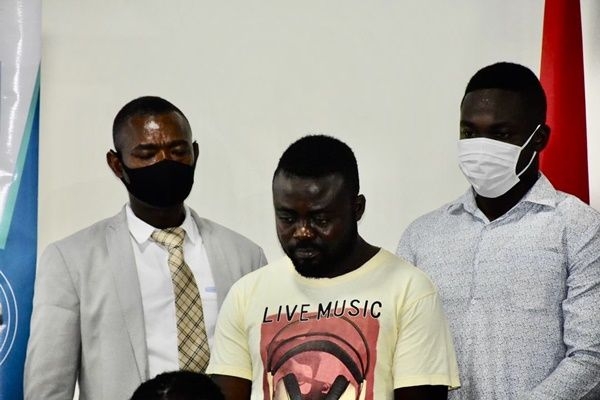 An Accra Circuit Court presided over by Her Honour Mrs Sussana Eduful has said it will discharge the administrator of Empressleak.com, Mr Anderson Ofosuhene Anim, should the prosecution fail to finalise investigations into his case next month.

He was arrested on 30 July 2020 in a joint operation by the Cybercrime unit of the Criminal Investigations Department (CID) of the Ghana Police Service and the Ministry of Communication.

The accused person was granted bail of GHS300,000 and two sureties with landed property.

He is, however, still in custody and yet to meet the bail conditions.

In addition to his bail sum, he is to produce two sureties with property documents in his name to the court.

He has, therefore, filed an application for bail variation, to be moved on October 16, 2020.

In court today, Monday, 12 October 2020, Inspector Princess Tetteh Boafo, the prosecutor handling the case, told the court that the Attorney General’s Department has asked them to conduct further investigations in the matter before they submit the case docket for advice.

She, therefore, prayed the court for a one-month adjournment within which she hopes investigations will be completed.

The court warned that after one month, if the prosecution fails to complete investigations, it would be forced to discharge the accused person.

The prosecution was also ordered to make disclosure of the witness statements it wants to rely on, to the accused person before the next court date.