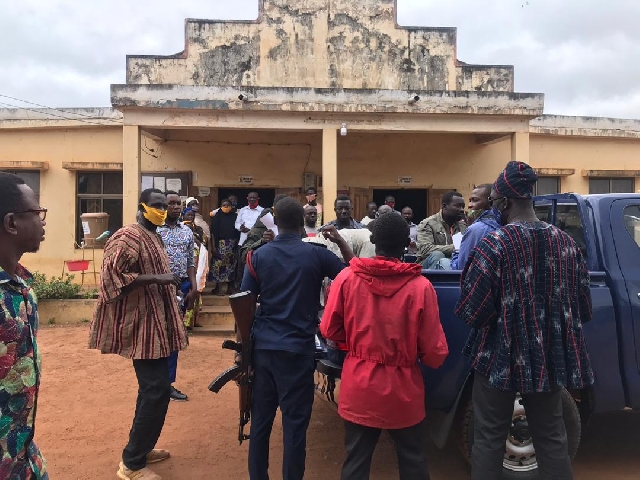 The Bole Magistrate Court has remanded the seven suspects involved in the killing of Madam Akua Denteh who they accused of witchcraft into Police custody and are expected to reappear in court on 18 September 2020.

It will be recalled that Hajia Shirina Mohammed alias Hajia Filipino, aged 40, an alleged soothsayer branded the 90-year-old Madam Akua Denteh as a witch and ordered that she should be lynched.

Hajia Filipino has been arrested and currently under interrogation at the Savannah Regional Police Headquarters in Damongo.

She was arrested at her hideout in Yeji in the Bono East Region and brought before the Bole Magistrate Court but was remanded in Police Custody.

She appeared in court today with the six other suspects.