Courtois: Real are always favourites for the Champions League 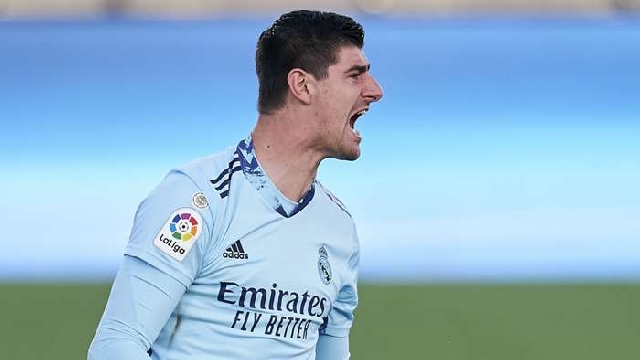 Thibaut Courtois has insisted Real Madrid are “always the favourites” for the Champions League while expressing his confidence that the Blancos can conquer Europe again in 2020-21.

Madrid have won the competition a record 13 times, six more than any other club, but an underwhelming start to the La Liga season has hardly served to inspire confidence they can claim a 14th title come May.

Madrid are third in the early La Liga standings, one point behind early leaders Real Sociedad having slumped to a 1-0 home loss to newly-promoted Cadiz last time out.

Zinedine Zidane’s side failed to reach the quarter-finals last season, losing in a two-legged last-16 tie to Manchester City with a five-month interval between the games due to the suspension of football amid the Covid-19 crisis.

Drawn in Group B with Inter, Borussia Monchengladbach and Shakhtar Donetsk, history is firmly on the side of Madrid progressing to the knockout stages.

Madrid have made it through all 28 of their Champions League group stages and Courtois has every confidence in their ability to go all the way once more.

“I’m sure we can win this Champions League,” Courtois said ahead of Wednesday’s meeting with Shakhtar.

“Real Madrid are always favourites in this competition. I’m pretty sure, I’m confident we have enough quality in the team to win this title.

“I mean we’re not the number one favourites, there are many teams in the hat but we’re definitely a candidate for the title.

“Juve, Bayern, Barca, there are a lot of good clubs, it’s the most attractive competition in the world and we’re going to do all we can to win the title.”

Madrid will be heavy favourites to beat Shakhtar having won each of their meetings with the Ukrainian side in the 2015-16 group stage.

However, Shakhtar are unbeaten in their last three Champions League away games under coach Luis Castro.

Courtois has been in sensational form for Madrid once again, with his shaky start to life at Santiago Bernabeu after joining the club from Chelsea in 2018 now nothing more than a distant memory.

Of the previous 43 shots on target he has faced in La Liga, Courtois has saved 38 and his stats for his season show he has kept out 16 of the 19 efforts on target.

Asked what inspired his return to form, the 28-year-old responded: “I feel very good personally. Nothing has changed, I work like the first day but a change is never easy.

“When you join a new team you need time to adapt.”