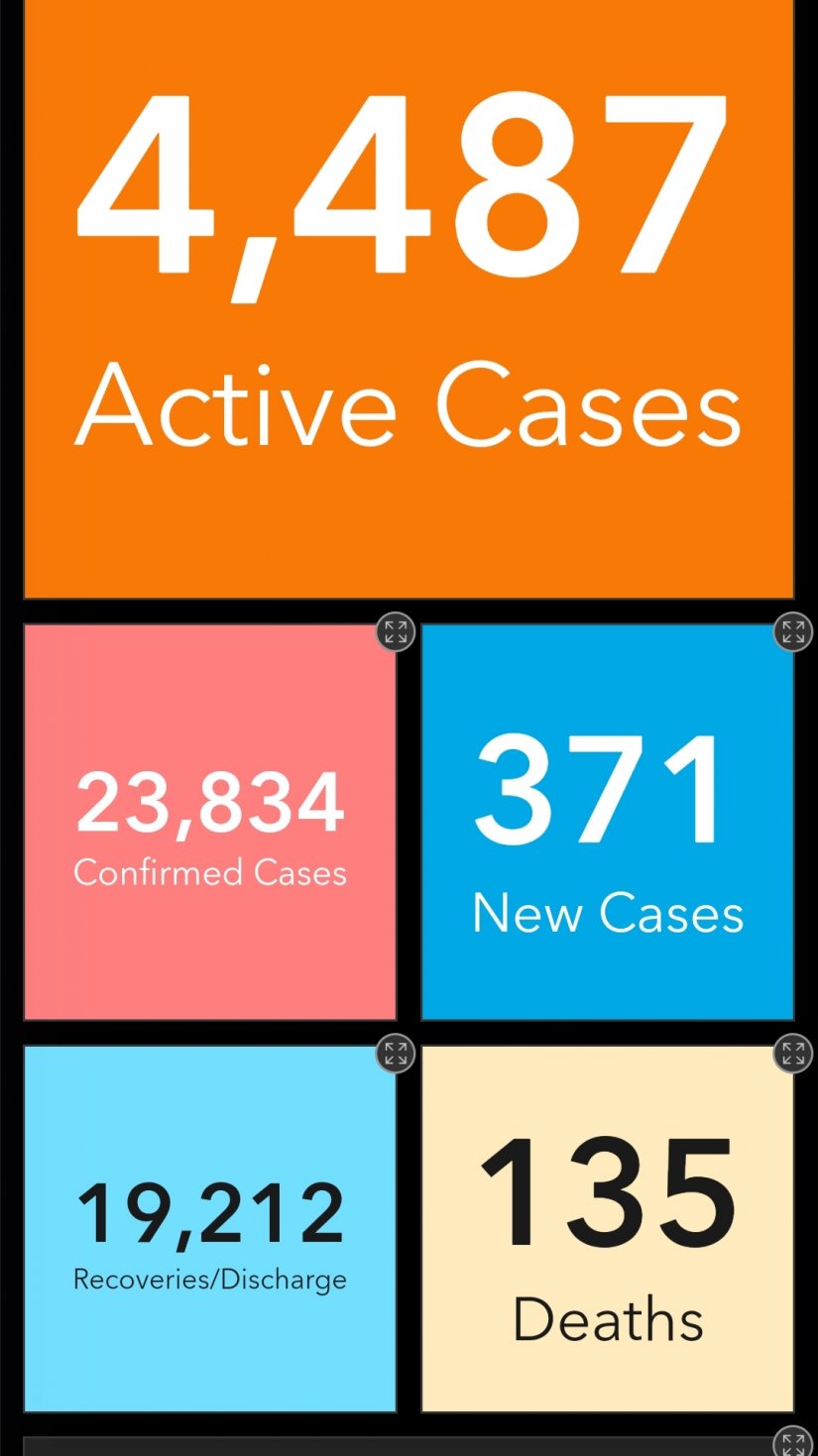 Accra, July 11, GNA – The Ghana Health Service has confirmed that six more patients have succumbed to the COVID-19 disease, increasing the country’s death toll to 135.

The six deaths, recorded in four regions: Central- 2, Northern- 2, Western-1 and Oti- 1, all but one had underlying health conditions, including; hypertension, chronic kidney disease and puerperal sepsis among others.

The latest update by the country’s health management body via a designated website also confirmed that 371 new cases of infections have been recorded, bringing the total case count to 23,834.

Additionally, 590 persons have also recovered or been discharged, bringing the total recoveries to 19,212 from a previous 18,622.
Active case load now stands at 4,487.

The new infections were recorded in 10 regions with Greater Accra recording the highest infections of 246; Ashanti- 106 and Central- 5.

Other regions included; Eastern- 4; Upper West- 4; Volta- 3 and Western, Northern, Oti and Savannah all recorded one case each.
Currently, 24 cases are considered severe with six patients in critical conditions and five on ventilators.

Out of the total confirmed cases, 9, 556 were from the General Surveillance, with 14,278 cases from the Enhanced Contact Tracing, the update stated.

The latest infections take Greater Accra’s total cases to 13,194, after it recorded 246 new infections, representing about 55 per cent of the national total.
The Ashanti, Western and Central regions also have cases tallying 5,078; 2,052; and 1,076 respectively.
The rest are: