Covid-19 – Growth in cases may be slowing in England 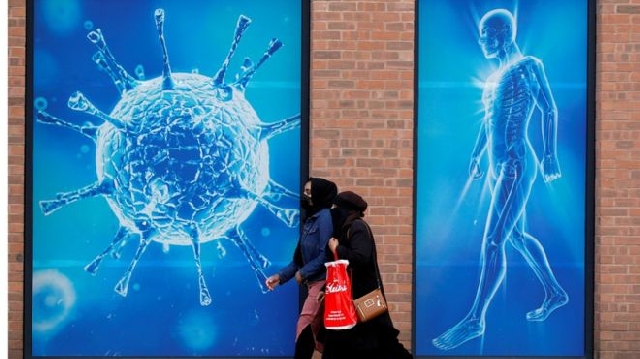 The growth in cases of coronavirus may be slowing down, the largest study of the infection in England suggests.

A team at Imperial College London analysed samples from 84,000 people chosen at random from across the country.

They said the R number, the virus’s reproduction number, appears to have fallen since measures including the “rule of six” were introduced.

However, they warn cases are high, with one in every 200 people infected.

They say this shows a rise from an estimated one in every 800 people infected with the virus at the end of August and beginning of September, when they last reported their findings.

The React study is highly influential, both due to its size and because it gives an up-to-date picture of how the virus is spreading. The last samples used in the analysis were collected as recently as Saturday.

It was the previous React report that found infections were doubling every seven to eight days in late August and early September.

This, in turn, led to warnings that there could be 50,000 cases a day by mid-October if that pattern continued.

Then the research group estimated the R number for their study – the average number of people each infected person is passing the virus on to – was 1.7.

The latest analysis, of swab samples collected between 19 and 26 September, suggests the R number has fallen to about 1.1 – although the precise figure is uncertain.

However this is not the same as the official R number produced by Sage, the government’s scientific advisers, every week. That is put together using estimates from a wide range of data sources and studies, including this one.

The researchers said it was the first hint that measures such as the “rule of six”, and heightened public concern about coronavirus, “may be having an impact on transmission”.

But many areas of the UK still have extra restrictions in place due to local spikes of the virus, including areas in the Midlands, the north west and the north east.

Stricter measures are also being introduced in Liverpool, Warrington, Hartlepool and Middlesbrough.

Extra restrictions have also been applied across the whole of Scotland, Northern Ireland and parts of Wales.

Prof Paul Elliott from Imperial College London said: “This is a very critical period, we know in an exponential phase you very quickly get to a very large number of cases.

“There does appear to be a downturn in the rate of increase, the R number appears to have come down.

“Clearly nobody wants a full lockdown, but if we pay attention to public health messages on social distance, hand washing, face covering and testing and isolating, then I think we can turn the virus down.”

However, Prof Oliver Johnson, from the University of Bristol, said the conclusion that cases were slowing down was “wrong and dangerous”.

And he doubts both the old and the new estimates of the R value.

He said: “I suspect they were both wrong, and it was actually more like R=1.4 each time.”How can R number be falling and cases going up?

The blizzard of data can make it difficult to see clearly what is going on.

One minute cases seem to be rising quickly – we saw that when the daily confirmed cases topped 7,000 on Tuesday and then again on Wednesday.

Now we are told the R number has fallen. How can this be?

The first thing to say is the R is still above 1, so that means the number of cases will continue to go up, but the rise will be more gradual.

Secondly, the number of daily confirmed cases does fluctuate quite a bit. It is more important to look at the seven-day average, which shows a more gradual rise.

Certainly more gradual than the doomsday scenario of a doubling every week that was going to lead to the 50,000 cases by mid-October that government advisers warned about last week.

The daily cases are also affected by the ability of the testing system to identify cases.

Monitoring suggests there may be two to three times as many infections than are being identified.

Once the new labs open this month we could see a jump in daily cases that do not necessarily spell a worsening of infection levels.

The bottom line is cases are going up, but at a slower rate than feared a month ago – and certainly no where near the surge of the spring.

That period when cases were doubling every week means there is now far more of the virus around.

“What we found is the prevalence has gone up markedly, one in 200 people walking the streets on any one day has measurable virus,” Prof Elliott added.

As the study tests people at random, not everyone who tests positive will go on to develop symptoms.

However, the increase was noted in all regions of the country and in all age groups.

Infection rates were highest among 18 to 24-year-olds, with one in every 100 testing positive for the virus.

Infection rates were much lower among the over-65s, but have increased seven-fold since the last report (from 0.04% to 0.29%).

This is only one of many sources of information – alongside the Office for National Statistics, disease modelling groups, hospital data and NHS Test and Trace – that the government relies on to assess the situation.