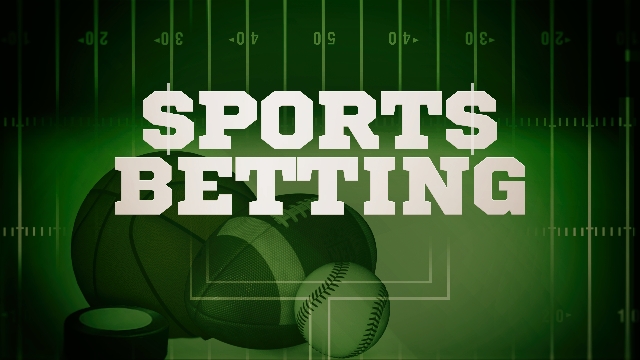 A basic school teacher, Mr Daniel Adjei, has said he has been relying on sports betting to sustain himself ever since the government closed down schools, as part of measures to stop the spread of the coronavirus pandemic.

Mr Adjei, who was teaching in a private school in Accra, told Kwabena Prah Jr on Accra100.5FM’s morning show, Ghana Yensom, on Thursday, 3 September 2020 that he has been trying his hands at different things to survive since the pandemic broke in March and schools were closed.

After being unsuccessful job-hunting, Mr Adjei said he decided to go into farming for a while but could not bear the constant blistering of his palm due to the intensity of the manual labour needed for agricultural work and, thus, decided to let go of it.

Mr Adjei said he then turned his attention on sports betting for survival.

The former sports journalist said he may go back into the media if the hardship persists as a result of the closure of basic schools.

In his 16th COVID-19 address to the nation, President Nana Akufo-Addo said the Ghana Education Service, after further consultations, decided to postpone the remainder of the academic year for all nursery, kindergarten, primary, JHS 1 and SHS 1 students.

“The next academic year will resume in January 2021, with appropriate adjustments made to the curriculum, to ensure that nothing is lost from the previous year.

“The relevant dispositions will also be made so that the presence, at the same time, in school of all streams of students, can occur in safety.

“I appreciate fully the inconvenience and the financial burden the continued stay at home of children are posing to parents and guardians.

“Fellow Ghanaians, these are a necessary price to pay in our efforts to protect the lives of our children, as well as to limit and contain the spread of the virus in our country”, the President said.

Meanwhile, the Coalition of Private School Teachers-Ghana (CPST-GH) has threatened to demonstrate against the Akufo-Addo-led government if schools across the country are not opened by Tuesday, 22 September 2020.

CPST-GH also say they will boycott the December 2020 polls if the schools are not opened to enable private school teachers who have not earned any salary since the closure of schools, regain their source of income.

A statement issued by the coalition and signed by its National President Nana Kwame Duodu on Thursday, 27 August 2020, noted that “President Nana Addo Dankwa Akufo-Addo closed down schools, across the country on Monday, 16 March 2020, as part of measures to prevent further spread of the deadly COVID-19 and since then, other restrictions imposed by the President demonstrated that he is a good leader.

“The measures instituted by the Akufo-Addo government earned him admiration both in Ghana and at the international level. These notwithstanding, the easing of the restrictions by the President vis-a-vis the low levels of active cases in Ghana, have paved the way for most businesses to bounce back.

“It is conspicuous that political activities that have been undertaken in this country were done with a lot of courage by the president because he believed safety protocols spelt out will ensure safe execution of all political activities. As we stand as a country majority of business are operating in full/normal capacity.

“The President, in his last address, announced that the air borders will be opened on the 1st of September and indicated further that stringent measures will be instituted to prevent the importation of new cases. The question on everyone’s lip is that: are the advisers of the president saying that, getting children back to the classrooms is riskier than opening the air borders? Or the President is not confident with the safety measure that is applicable to all will be adhered to in schools.”

The statement continued that: “COVID-19 has been an eye-opener for private school teachers. How plausible will it be for the government to employ all teachers? Private schools have served as a bridge to complement government’s efforts in giving employment to teachers trained in Ghana.

“The private school teachers have been neglected leaving over hundreds of thousands of them hopeless. Since schools were closed in March, most private school teachers have stayed without salaries, for about six months that children have been kept out of school, teachers in the government sector have enjoyed full salaries without work and the closure of schools have paved way for public sector teachers to reap from where they have not sown though it is recognised that it is not their making.”

The CPST-GH further continued: “The plight of the private school teacher has been so pathetic for the past six months rendering most of them living far below the poverty line while some have died out of hunger and inability to pay for medical attention. The stimulus packages given did not reach private school teachers and we have all been left to our fate.

“One would have thought that, as the active cases significantly reduced, hence, paving way for the president to begin easing restrictions, putting children back to school would have been a priority for the government. Strangely enough, open-air drinking bars, trotro loading full capacity, political and economic activities among others have been prioritised over children going back to school without taking into consideration the negative effect children are going through while at home.”

The group also indicated: “To compound the problem, the Ministry of Education and Ghana Education Service have been toying with re-opening of schools. For example, at one point, the president had tasked the senior minister’s committee to come out with modalities for school re-opening. In another breathe, the minister of education comes out to say, ‘he has also formed another committee and expecting a report by 21st September’ whereas the Director-General of GES makes a completely different statement that, they will not rush to open schools.”

The statement emphasised that: “The inconsistencies from the education ministry and GES make it demonstrably clear that educating the Ghanaian child is not a priority for Ghanaian leaders and at the same time ignoring the plight of the private school teacher who has not been paid for over six months.

“Ironically, our neighbouring Ivory Coast whose active cases are almost like that of Ghana got their children back into the classrooms way back in May. Ghana, three months after Ivory Coast got its children back to school is still wobbling about the decision of reopening of schools.”

The Coalition, therefore, called on President Akufo-Addo to come out with “a road map that will lead to re-opening of schools by 22 September 2020 to give life back to the Ghanaian children and hope to private school teachers.”

It reiterated that: “Getting final year student to school to write their exams and the fact that there are no COVID-19 causalities is enough scientific pretext case to assure the president that schools are safer and can respect safety protocols prescribed better than the situation we see around town.”

The Coalition added that: “We will be left with no option than to register our protest through demonstrations across the country if schools are not re-opened by the 22nd of September as well as boycotting this year’s Presidential and Parliamentary elections because we believe that the President’s instruction for the Senior minister’s committee was not a mockery to Ghanaians, hence, the report and recommendations must be respected and not leave it for committees upon committees at the education ministry to toy with the lives of private school teachers and the Ghanaian child alike.”

Ghana on verge of attaining gender parity at SHSs