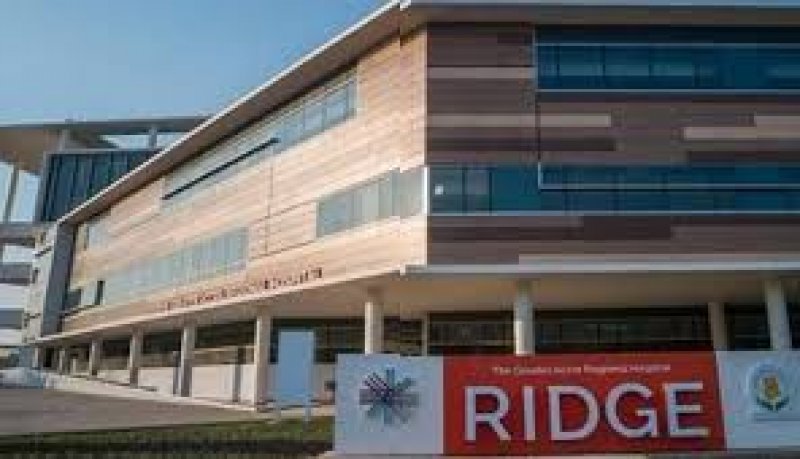 The COVID-19 Intensive Care Unit (ICU) of the Greater Accra Regional Hospital, Ridge, is running out of oxygen.

This is as a result of increasing number of critical care and severe cases of COVID-19 reporting at the Facility.

Dr Emmanuel Ahiable, COVID-19 Case Management Lead at the Hospital, told the Ghana News Agency (GNA) in an Interview that critical care beds at the Unit had been occupied since January 08, 2021, with high demand for oxygen.

Consequently, the Centre is said to be in urgent need of higher volumes of oxygen as each patient at the ICU requires 15 litres of oxygen per minute, with patients staying on oxygen for at least two weeks.

Dr Ahiable said the situation had been alarming since the beginning of 2021 because more cases referred to the facility were in critical conditions.

He said after January 08, the Unit had had to expand its eight-bed facility to 16, as it received more referrals from across the Greater Accra Region.

As at February 01, when the GNA visited the facility, 15 out of the 16 critical care beds were occupied.

Dr Ahiable said the Unit had seen about 50 severe to critical cases from January 1st to 31st this year.

He said 20 out of the number recovered and discharged, 18, made up of 11 males, six females and a five-year-old boy died while 13 are still on admission.

Dr Ahiable said last week was the first time a child (with an underlining health condition of a down syndrome) died of coronavirus infection at the Hospital since the outbreak in March, 2020.

He said the spike in severe cases was worrying because more pregnant women were being brought to the ICU in critical conditions.

“Last month alone, we recorded seven cases involving pregnant women, one of them died here after delivering a 32 weeks old baby by herself,” he said.

He noted that the Unit was also running out of COVID-19 test kits with more people walking in to get tested.

Dr Ahiable, therefore, appealed to government and private institutions to support the Facility in the fight against the pandemic.

From March 2020 to January 2021, the Ridge COVID-19 ICU, built and being operated with the Hospital’s Internally Generated Funds (IGF) has seen 267 severe cases with 51 deaths, with the highest recorded in January this year.

The latest update on the Ghana Health Service (GHS) website indicates that the country has recorded 4,665 active cases with 405 deaths, 60,357 recoveries/discharges out of the 65,427 infections recorded so far.

Coronaviruses are said to be a large group of viruses that are common among animals.

In rare cases, they are what scientists call zoonotic, meaning, they can be transmitted from animals to humans, according to the US center for Disease Control and Prevention.

They are said to be the cause of dangerous diseases with incubation period between three-14 days.