CPP: Remember the legacies of our forebears; curb corruption 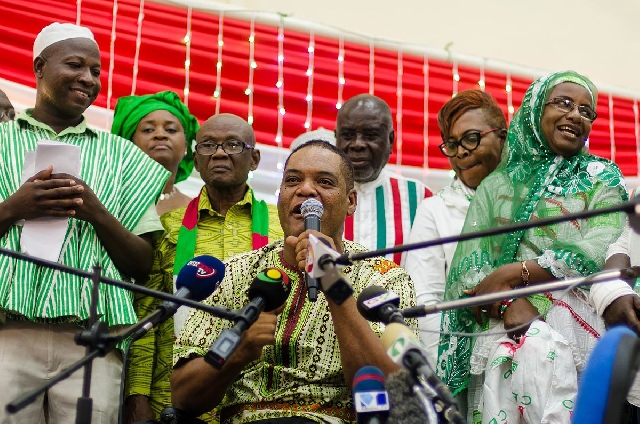 The Convention People’s Party (CPP) has encouraged Ghanaians to reflect on the varied legacies and actions of the country’s forebears “that have left for us today, not only infrastructural development, but also, the sense of discipline, support for local industry, commitment to high standards, and the history and culture that nourishes us.”

The CPP said this on the occasion of Nkrumah Memorial Day (hitherto Founder’s Day) marked every year on 21 September to celebrate Ghana’s first President, Dr Kwame Nkrumah, and also to remember those who fought for Ghana’s independence.

In its statement to mark the day, the CPP also noted that one important milestone, worthy of praise was Nkrumah’s accelerated development plan for education, “which produced many brilliant professionals across the political divide because it was free for all.”

“As we celebrate this day, let us count our blessings and stand proud by striving to curb corruption, bolster the economy, consolidate democratic governance, deal with insecurity and honour Nkrumah’s vision to industrialise the nation with Ghanaians at the commanding heights of the economy,” the statement said.

It added, “May we never forget that governments will come and go, but citizens will always remain the ultimate foundation of what is real and worthy.”

Nkrumah Memorial Day, which was formerly called Founder’s Day, is observed each year to mark the birth date of Dr Nkrumah and the struggle for independence by the “Big Six”.

President Nana Addo Dankwa Akufo-Addo, upon assuming office, proposed legislation to Parliament to designate 4 August as a new date of the Founders’ Day celebration, to widen the scope of the celebration to cover all people who played a key role in the liberation of the country.

The President, again, proposed that 21 September, however, should be instituted as Kwame Nkrumah Memorial Day, to commemorate his birth date.

The decision separated “Founder’s Day” celebration as an honour of the “Big Six” from Dr Nkrumah’s Memorial Day celebration on his birthdate at the heroic leader of Ghana’s independence attainment and a former President of Ghana.