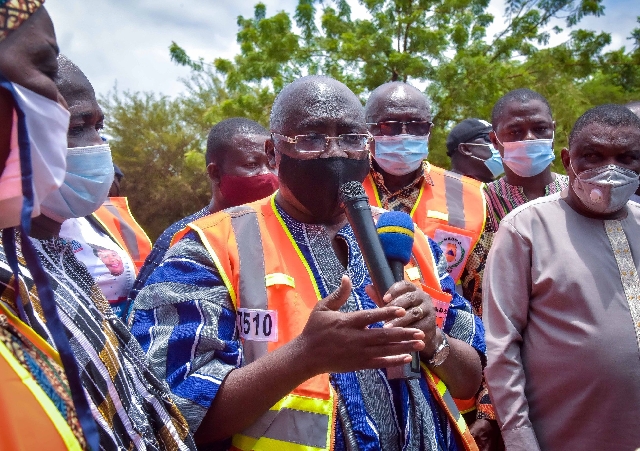 Vice President Dr Mahamudu Bawumia has described as disheartening, the damage caused by floods in the Upper East Region as a result of the opening of the Bagre dam in Burkina Faso.

Dr Bawumia began with the inspection of the damage done on portions of the Zebila-Bawku Road.

“It is quite disheartening to see how badly the Kubore river had divided the road making it difficult for people and vehicular movement,” he stated.

Dr Bawumia spoke to the chiefs, opinion leaders, as well as drivers and passengers who have been affected by the development and assured them of the government’s commitment to fixing the bridge.

The vice president noted that he will be moving with the Upper East regional minister, Minister for Interior, National and regional NADMO directors and the Deputy Minister for Roads and Highways to the other affected places in the region to have a first-hand appreciation of the situation.

He promised the government will find a lasting solution to the perennial problem.