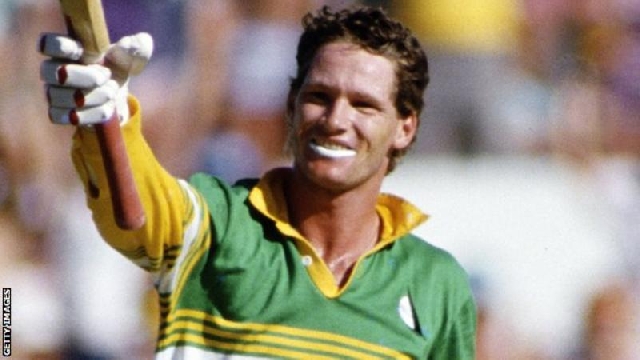 Former Australia batsman Dean Jones has died at the age of 59.

Jones passed away in Mumbai, where he was working as a commentator on television coverage of the Indian Premier League.

He was also part of the Australia team that won the World Cup in 1987, beating England in a thrilling final.

He is perhaps best remembered for his innings of 210 in the tied match between Australia and India in 1986.

Afterwards, as a result of his exertions at the crease, he was admitted to hospital.

Jones also had spells in county cricket with Derbyshire and Durham, and, after retiring from playing, had further careers as a coach and broadcaster.

Cricket Australia chairman Earl Eddings said: “Dean Jones was a hero to a generation of cricketers and will forever be remembered as a legend of this great game.

“Anyone who watched cricket in the 1980s and 1990s will fondly recall his cavalier approach at the crease and the incredible energy and passion he brought to every game he played.”

Former England captain Michael Vaughan tweeted: “This is so sad … A hero of mine has gone far too soon … always offered so much advice to us younger players when he played at Derby.”

Aaron Finch, Australia limited-overs captain, wrote: “Still in shock hearing the news of Deano’s passing. Thoughts are with Jane and the family at this incredibly tough time. A great man with an amazing passion for the game.”