Debating Mahama not in our campaign plans – Sammi Awuku 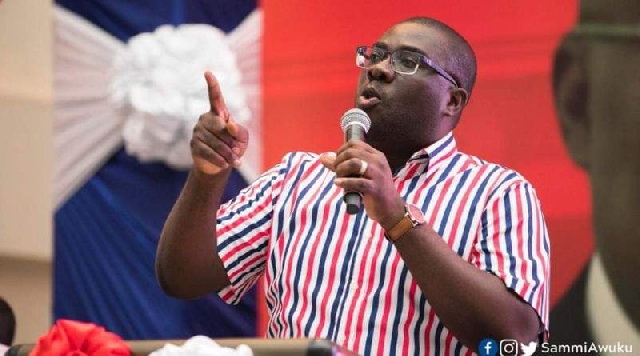 The governing New Patriotic Party has asked the flag bearer of the National Democratic Congress (NDC), Mr John Dramani Mahama and his party, to put forward comprehensive data to challenge the government’s infrastructural development before calling for a debate on that matter.

The NPP was responding to Mr Mahama’s call for a debate with President Akufo-Addo on infrastructure.

Speaking at Ho West in the Volta Region where he has been on a four-day tour, Mr Mahama recalled: “In 2016, when I was talking about the value of infrastructure, my friends on the other side said: ‘We don’t eat infrastructure’, ‘we don’t eat roads’”.

“That was what they said” but “today, I can see a scramble to grab even KVIPs and any infrastructure and tout it as an achievement”, Mr Mahama told supporters of the biggest opposition party.

To settle the matter, the former President dared his opposite number to a debate.

“…It’s easy to settle the issue of infrastructure”, he said, adding: “After all, the President said this election is going to be an election of track records; comparing his track records to my track records”.

“We can settle it easily: Let’s have a debate between the two of us”, he challenged the President.

“Let Nana Akufo-Addo come and sit down, let me sit down and let’s debate our records”, Mr Mahama said.

“I am willing to present myself for a debate with President Nana Akufo-Addo any day, anytime, anywhere and we will settle the matter once and for all”, he noted.

But the National Organiser of the NPP, Mr Sammi Awuku, said the NPP has not considered any decision to debate Mr Mahama.

“If Mr Mahama wants a debate, from where I sit today, I don’t think the NPP has given it a thought. The NPP will fight this election on our own terms. As I speak, the party hasn’t given it a thought for us to have any debate with Mr Mahama, we are going according to our campaign strategy…Bawumia put forward data-driven presentation…we want Mr Mahama or his running mate to put forward another data-driven presentation to counter what Dr Bawumia did. Let’s set that ground rules first and then we can move to the next stage.”