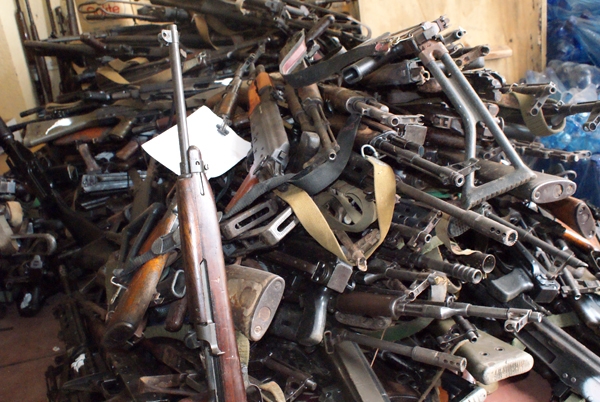 The Ashanti Region has topped the election hotspots league table ahead of the 7 December 2020 polls.

This was revealed by the National Commission on Small Arms and Light Weapons at the launch of a campaign on the theme: “Ballot without Bullets” aimed at sensitising voters on the need for peaceful elections in Accra on Thursday, 22 October 2020

Executive Secretary of the Commission, Mr Jones Applerh, noted that as part of measures to ensure peace and security in the upcoming December polls, the Commission will embark on a nationwide education and sensitisation programme under the chosen theme.

Mr Applerh explained: “We acknowledge that we don’t live in a monolithic society, we have divergent views but we recognise that first and foremost, we’re Ghanaians before our political inclinations and we rise and fall together as one nation and as one people.

“The essence of this project is to influence the behaviour of citizens through public education and sensitisation of agents on the abuse of guns, before during and after the elections and generally to our society, going forward.”

He further revealed that the Ghana Police Service has identified the hotspots likely to experience violence in the upcoming polls if nothing is done about them.

He further noted that the porous nature of the country’s borders has been a major source of illicit flow of arms.

The Commission also called on all Civil Society Organisations (CSOs), religious and faith-based organisations, traditional leaders and all Ghanaians to rally behind the government and the Commission in their effort to fight the proliferation of arms in this country.