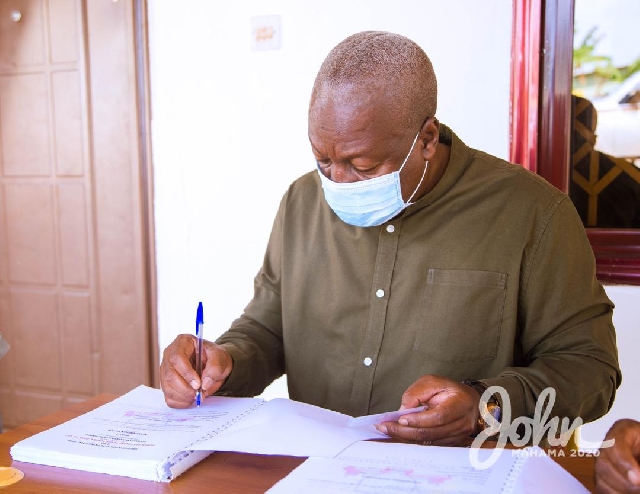 The flagbearer of the main opposition National Democratic Congress (NDC), Mr John Mahama, will, tomorrow, Wednesday, 7 October 2020, file his nomination form to contest as president in the December 7 elections.

The former President stated that he has reviewed the forms and signed the relevant portions for filing.

The Electoral Commission has pegged the filing fee at GHS100,000.

After submitting his forms, the President directly told the Chairperson of the Electoral Commission, Mrs Jean Mensa, that she is not the one to determine the winner of the 2020 polls but the people of Ghana.

“I’ll like also to make a few remarks: First of all, I want to thank you very much for the expeditious process that I’ve been subjected to today.