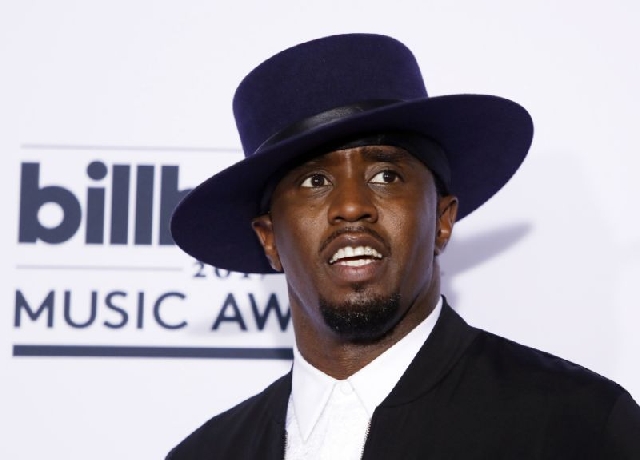 Diddy is no longer threatening to hold his vote hostage this upcoming election. The hip-hop mogul has officially endorsed Joe Biden for president, but it’s because he believes there is no other option. It’s why Diddy hopes to change the political landscape moving forward.

In an interview with Charlamagne Tha God for Revolt TV, Diddy warned Americans we are on the verge of a civil war.

“If Trump gets elected, I really do believe in my heart there will be a race war,” Diddy exclaimed. “This man is really trying to turn us against each other and put us in a situation. America messed up.”

Diddy noted that President Trump has “done a great job of rattling America.”

“White men like Trump need to be banished. That way of thinking is real dangerous. This man literally threatened the lives of us and our families about going to vote,” Diddy said. The entertainer then referenced President Trump’s message to the Proud Boys to “stand back and stand by” while not denouncing white supremacy at the first presidential debate.

“We’re in a war,” Diddy added. “We’re in a war of love versus hate. The number one priority is to get Trump out of office. … If people in America want a race war, they’ll not vote.”

The rapper previously said that he would be holding the “Black vote hostage” until Biden adopted a Black Agenda to address issues plaguing the Black community. Although he’s disappointed the former Vice President hasn’t done more, Diddy said there’s no other choice but to vote for Biden.

That’s why Diddy, who identifies as an independent, is launching the new political party Our Black Party.

“Our Black Party’s number one goal is to unify behind a Black agenda. That’s it,” he declared, noting it doesn’t matter if a person is republican, democrat or independent. “We have to seize our political power.”

Diddy made it clear he doesn’t view Biden as an ideal candidate, but added, “We have one job first right now and that’s to get Trump out of office.”

“Between COVID hitting us and because we weren’t organized for this election, we have no choice, now, to get Trump out of there,” he added. “It’s a shame and it’s our responsibility that we did not get anything out of putting Biden in the place he’s in after the primaries.”

Diddy continued, “When you look at it, we don’t have no choice. You can say what you want about Biden, I can’t say I love the pick either, but hey — we gotta get him in office, then we gotta hold him accountable.”

The rapper emphasized that it’s important to “stay focused on Trump” right now.

“But let’s start to fight for our futures and politically the only way to do that is by what we’re doing with Our Black Party,” he added. “We’re on the verge of becoming extinct.”

Diddy expanded on Our Black Party and the danger of President Trump winning reelection in a series of tweets.

“The NUMBER ONE priority is to get Trump out of office,” he wrote on Friday. “We can’t allow this man to continue to try and DIVIDE US. The people that have the most responsibility and should be SCARED TO DEATH of this man are white people. WE ARE ON THE VERGE OF A RACE WAR.”

“As Black people, we aren’t even a topic of real discussion. We can no longer stand for doing the same thing over and over expecting different results,” he wrote. “So, I’m launching one of the boldest things I’ve ever launched. I’m launching a Black political party with some young Black elected officials and activists.”

Our Black Party’s mission is to “create a platform to help advance a political agenda that addresses the needs of Black people.”