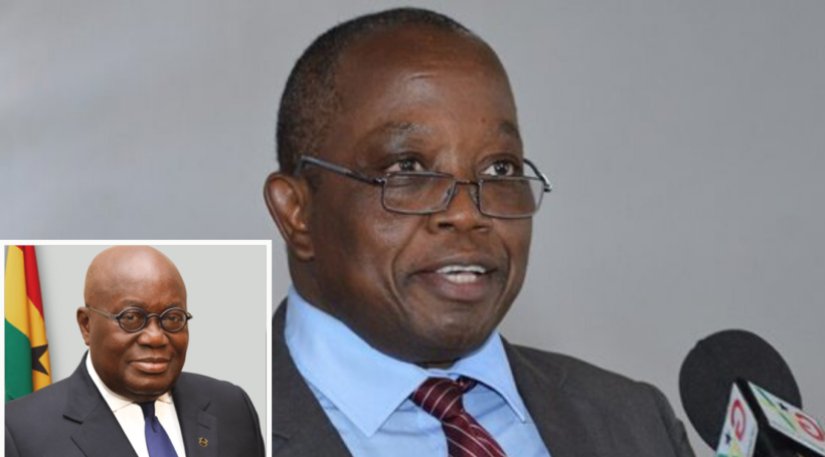 Accra, July 4, GNA – The Office of the President Saturday said the decision by President Nana Addo Dankwa Akufo-Addo directing Mr Daniel Domelevo, Auditor-General, to proceed on his accumulated leave was not borne out of bad faith.

Rather, the directive was based on the position of the law, good governance practice, and as a disciplinary control to have persons holding public office to comply with the terms of their appointment, a statement issued by the Presidency and signed by Nana Asante Bediatuo, Secretary to the President, said.

The directive which explained that the President’s decision was based on sections 20 (1) and 31 of the Labour Act, 2003 (Act 651), asked Mr Domelevo to hand over to the Deputy Auditor-General, Mr Johnson Akuamoah Asiedu, all matters relating to his office until his return from leave.

But Mr Domelevo in a three-paged letter dated July 3, 2020 addressed to the Secretary to the President, said that the directive was an indication of bad faith because the work of his office was causing embarrassment to government.

He futher said the directive was borne out selectivity on the part of the Presidency because there were other public office holders who should also be directed to go on leave.

He held that the instruction should be reviewed because it was unconstitutional and held serious implications for the constitutional independence of the office of the Auditor-General.

However, the Presidency stated in the statement that Mr Domelevo’s submissions on the matter which was creating the wrong impression in public domain was “unfortunate and without any foundation”, and was premised on the lack of understanding of the law.

It said the President’s instruction was based on sound legal principles, the rule of law and good governance practices.

“You can be assured that the decision for you to take your accumulated annual leave was not taken in bad faith.

“Rather, given your own publication of deteriorated relationship with your Board, which notified you severely of not taking your annual leave, the Presidemt was the only person vested with the constitutional power to direct you to proceed on your accumulated annual leave,” the statement said.

The statement pointed out that per the law, the office of the Auditor-General is a public office subject to the labour laws of Ghana and was not part of the categories of workers excluded from the scope of application of the Labour Act.

Citing Section 31 of the Labour Act, it indicated that the Auditor-General could not forgo his leave and any agreement to relinquish his entitlement to his annual leave was void.

The Presidency also disagreed with the Auditor-General’s with the assertion by Mr Domelevo in his letter to the Presidency that the constitutional independence of his office was being undermined by the directive was false belief.

It stated that “the Auditor-General is an office and not a person such that if the person for the time being occupying same is unavailable the office cease to exist.

“Handing over all matters relating to the office of the Auditor-General will not have any implication for its constitutional independence and operation, ” the statement said.

The statement further pointed out that the President did not see the work of the Auditor-General as an embarrassment to his government, but had at all material times provided the necessary resources needed for the efficient work of his office because the institution was considered critical to the good governance of the country.

It said that in line with good governance practices, taking annual leave ensures that an office holder was rested in order to perform the functions of his or her office efficiently.

Thus, the President, according to the statement, did not infringe on the independence of the Auditor-General, but was exercising his constitutionally mandated authority to ensure that he complied with the terms of his appointment.

The Presidency maintained that the directive was in force and had been amended from 123 to 167 working days, to reflect the Auditor-General’s leave for 2020 working year.