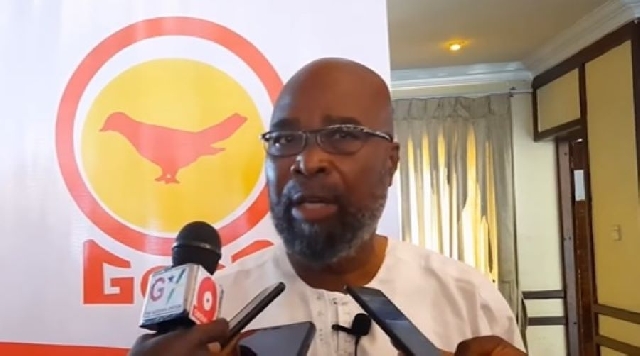 The flagbearer of the Great Consolidated Popular Party (GCPP), Dr Henry Herbert Lartey, has said his party’s policy of domestication remains the best and most relevant for the country, considering the present dispensation where COVID-19 is ravaging world economies.

The GCPP has been championing domestication for years but the party has never won political power to implement that policy.

Speaking on the Executive Breakfast Show (EBS) on Class91.3FM on Tuesday, 20 October 2020, Dr Lartey, who has been okayed by the Electoral Commission to run in the presidential race in December, said domestication is more relevant in today’s world than it was years ago.

He told show host Abdul Karim Ibrahim that: “With COVID-19 happening, the whole world has gone into domestication”.

“In the United States, Trump is saying ‘America first’”.

“Everybody is trying to produce PPE and things like that and if we did not produce our own PPE, we would have been in serious trouble.

“If you don’t produce for yourself and with the whole world grinding to a halt, who is going to supply you your food?

“So, domestication is still the best policy for Ghana, Africa and the world and it’s not changing at all.”

Dr Lartey said the GCPP will move further to produce organic foods if elected into government in the December polls.

According to him, exporting organic products will rake in billions of dollars to transform the fortunes of the country.

“We want to add another to [domestication] and produce organic products which mean there would be no insecticides, no fertilisers, just clean food to make you healthy and there’s a huge market in the world for organic produce,” Dr Lartey said.

He continued: “Because of Brexit, the UK wants to import from West Africa and when they say West Africa where will they come? They’ll come to Ghana. So, we have to make sure that we help our farmers, we give them training, we get extension officers to help them improve our agricultural practices for organic and when we produce, we’re going to sell billions of dollars in Europe and America.”

“Apart from that if we produce a lot of solar energy we can sell solar energy too to Europe. The Germans and others in Europe are not happy relying on Russia for gas and petrol so the way to go is to go for solar power and we have a lot here…” he added.