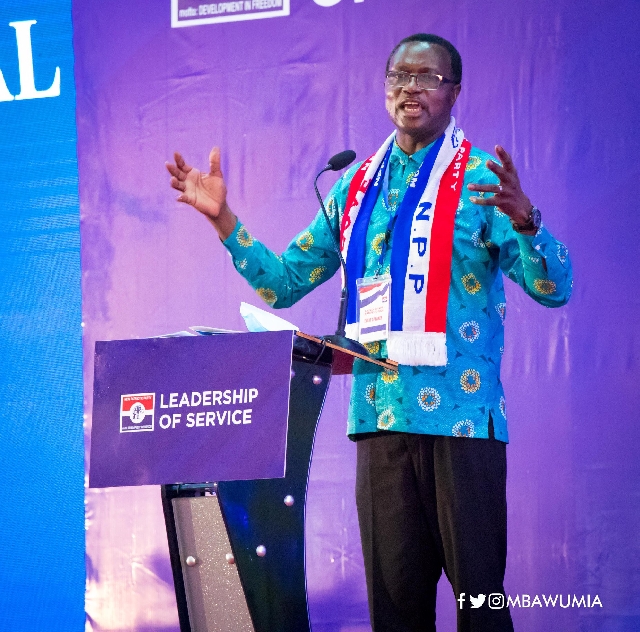 Ghana’s double-track system being implemented at the senior high schools is a “leapfrogging” concept, Deputy Minister of Information Dr Yaw Adutwum has said.

It was introduced by the government to absorb the spike in enrolment following the implementation of the free SHS programme in 2017.https://www.facebook.com/plugins/post.php?href=https%3A%2F%2Fwww.facebook.com%2FAccra100.5fm%2Fvideos%2F1158467777868797%2F&show_text=true&width=552&height=465&appId

So far, 1.2 million students, according to the government, have benefitted from the free SHS programme.

Though the stopgap double-track system has been widely criticised by the opposition National Democratic Congress (NDC) with its flagbearer, former President John Mahama, indicating that he will scrap that aspect of the free SHS policy should he win the 2020 polls, Dr Adutwum told Kwabena Prah Jr on Accra100.5FM’s morning show, Ghana Yensom, that the double-track system “is a leapfrogging concept, so, instead of taking 50 years to put up school infrastructure to accommodate the influx of students, we’re using that to circumnavigate the infrastructure hurdles”.

According to him, “if our generation wants to transform this country, we need to rush but with a mindset of not forgetting about quality”.

“So, you don’t just rush but look for leapfrogging strategies”, he added.

Dr Adutwum said the government is adopting innovative strategies to ensure that Ghana catches up with the rest of the world as far as human resource and development are concerned.

“We’re in a hurry because time has run out on you”, he said.

“Ghana’s peers, in terms of nationhood and independence, are now into manufacturing aeroplanes and other things but the painful thing is that they are not any smarter than us except that they have the mindset that everything is possible”, he pointed out.

The deputy minister also said the government intends incorporating virtual laboratories into the education system, so, as to expose students to a whole raft of things in the science realm which they cannot have physical access to at the moment due to financial constraints.