Dumsor was externally-generated just like COVID-19 – Terkper to Bawumia 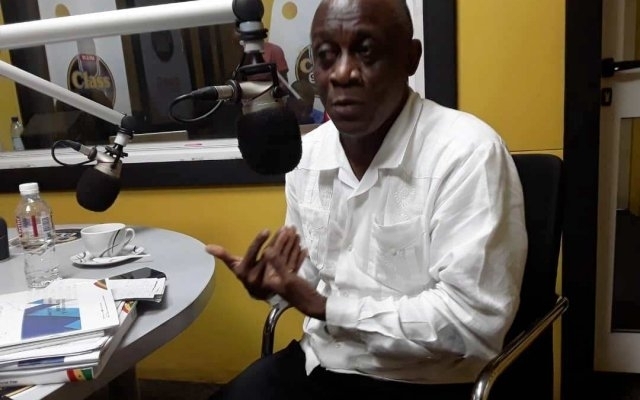 A former Finance Minister, Mr Seth Terkper, has said the energy crisis that bedevilled Ghana during the Mahama administration was externally-generated just like COVID-19, and has, therefore, downplayed Vice-President Dr Mahamudu Bawumia’s claim that the Akufo-Addo government is a better manager of crises, even global ones, compared to Mr Mahama’s handling of dumsor.

Dr Bawumia, in response to Mr Mahama’s comments in early May this year that COVID-19 has sent the Akufo-Addo government’s oft-touted “resilient” and “robust” economy into the ICU, said President Akufo-Addo’s management of the situation is unparalleled.

The flag bearer of the National Democratic Congress (NDC) had said in one of his Facebook interactions with Ghanaians that: “Unfortunately, this government has used a lot of propaganda saying the economy has been the best that we have ever had since independence. Unfortunately, just one month of coronavirus the economy is in ICU. If we didn’t run to the IMF for the one billion rapid credit facility, it is possible that in the next month probably salaries would not have been paid and so our economy is on ventilators, and it needs thinking to rescue it from the ICU.”

But speaking at a media interaction after a COVID-19 response team meeting on 4 May 2020, Dr Bawumia noted that: “If you want to test the robustness of an economy, you test it in a time of crises. Thankfully, we’ve had two crises.

He continued: “You look at the coronavirus crisis and you look at the difference in terms of what has happened. The President has reduced electricity prices, made it free for lifeline consumers, given free water to all Ghanaians for three months, has made sure there’s a stimulus package of GHS600 million for businesses and we have seen domestic production of PPE for our health workers.

“So, the difference couldn’t be [clear] during a leadership under the crisis of dumsor and under the coronavirus pandemic. So, I ask a simple question: Who will you trust in a time of crisis? The answer, I will say is very clear – Nana Addo Dankwa Akufo-Addo has shown leadership and concern for ordinary Ghanaians.”

Speaking to the issue in an interview with Blessed Sogah on Class91.3FM’s State of the Nation programme on Wednesday, 22 July 2020, Mr Terkper said: “[About] dumsor, he [Dr Bawumia] says is internally-generated; what is the source of dumsor?”

“Was it not the pirate ship that damaged the pipeline? Did it happen on our shores? It happened in Nigeria. Since when did Nigeria become a region of Ghana to say that the cause of the thing is in Ghana? Or is it because it’s not a financial crisis from the US or from China?”, he asked.

“The cause of dumsor [was external]”, he insisted, adding: “Ghana did not annex Nigeria to become part of Ghana for you to say that the cause of dumsor was internally-generated. No. Internally-generated means the thing is self-made by Ghanaians or at least, it’s happening in Ghana, like our bushfires and the rest. So, the premise itself is wrong. Because it affected Nigeria itself, it affected Benin”, he said.

Mr Terkper added: “You can beat your chest, at the time he [Bawumia] did this, when you have gone to borrow $1 billion”.

“Remember [that] within the month of the declaration of the pandemic for an economy we are told was performing so well, how many African countries – I’m not talking about Europe – rushed to the IMF for $1 billion; 100 per cent of our quota. And, we were told that we were performing – one of the best in Africa”, he said.