E/R: Don’t campaign in our area if you don’t give us electricity, fix our roads – Angry Kpadom residents 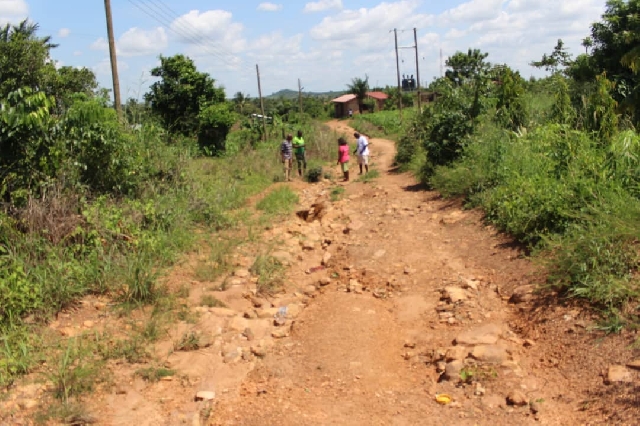 Residents of Kpadom, a farming community in the Lower Manya Krobo Municipality of the Eastern Region, have vowed to boycott the 2020 election over lack of development in the area.

They said that politicians were giving them campaign promises that they do not fulfil, warning that until their plight is over, no politician is allowed to campaign in their community.

Speaking to CTV News, one of the residents, Madam Gloria, disclosed that they have been living in darkness because an ongoing electrification project has been abandoned for the past three months without any tangible reason.

She reiterated that poor roads, lack of electricity and its associated robberies coupled with lack of potable water, are the problems confronting them in the community.

She added that “no political party or politician should come to the area to campaign” if these challenges are not tackled.

“No light, no vote, no campaign,” she insisted.

The residents, therefore, appealed to the Municipal Chief Executive of Lower Manya Krobo, Simon Kwaku Tetteh, to help them fix the electricity challenges in the area.