E/R: One dead as 3-storey church collapses on 60-plus worshippers as they fasted for pastor 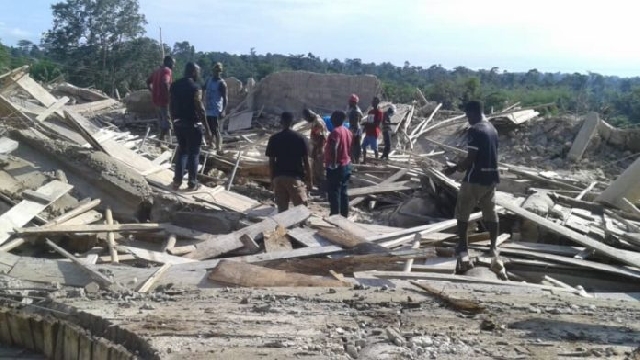 The Church of Prosperity collapsed on Tuesday

A three-storey church has collapsed on worshippers at Akyem Batabi in the Asene Manso Akroso District of the Eastern Region.

One person is confirmed to have died in the disaster.

The congregants of the Church of Prosperity, numbering more than 60, had converged on the church premises to pray and fast for their founder Prophet Akoa Isaac, who had been taken ill.

More than 30 of the congregants have been rescued from the rubble but some 20 others are feared trapped.