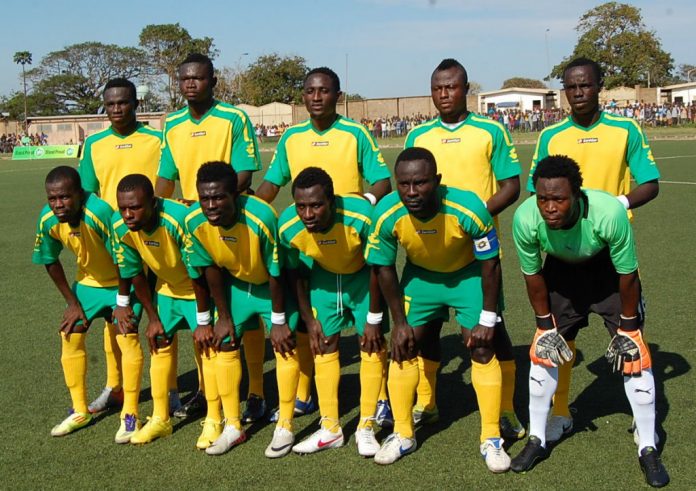 The Executive Council of the GFA last week announced that three second-placed teams in the just-ended Division One League, which included Tamale City, Ebusua Dwarfs, and Liberty Professionals, will play a three-way league to determine Ashantigold’s replacement.

This decision was reached after the Appeals Committee of the GFA threw out AshantiGold’s appeal to be reinstated in the league as they were found guilty of match-fixing and would now play in the third tier.

But Ebusua Dwarfs, in a petition written on behalf of their lawyer Michael Arthur Dadzie to the GFA, the Cape-Coast-based side, argued that if the decision to relegate AshantiGold was expeditiously delivered after the 2020/21 GPL they would have had the chance to participate in the 2021/22 GPL.

“It is the case of Dwarfs that several weeks after receipt of the Statements of Defence and Statement of Case from Ashanti Gold SC and Inter-Allies FC, the GFA Disciplinary Committee failed to pronounce judgement on the matter and the FA proceeded to commence the 2021/2022 Premier League.

“We state that the decision of the Disciplinary Committee regarding the match-fixing allegation, if it had expeditiously been delivered, would have afforded Cape Coast Mysterious Dwarfs FC the chance to participate in the 2021/2022 Premier League.

“This is because the rule is that where it was found by the Disciplinary Committee that the affected parties were guilty of the offence of match-fixing, the imposition of a sanction of demotion or suspension against Ashanti Gold would have meant that a team is brought from the Relegation Zone to add up to the list of participating teams in the 2021/2022 Premier League, in which case, the immediate beneficiary team would be the Cape Coast Mysterious Dwarfs FC.

“However, this process was utterly ignored and the 2021/2022 Premier League season commenced,” excerpts of the letter said.

They further stated an instance where a similar ruling had been applied in the case of Tema Youth vs Dreams FC in the 2014/2015 GPL, with Tema Youth reinstated in the 2016/2017 GPL after winning the case at the Court of Arbitration for Sports.

Ebusua further stated numerous instances where this ruling had been applied, having appealed to the GFA to consider their petition.

In other related developments, Eleven Wonders, who were third from bottom in the 2021/21 GPL, has also written to the GFA that they are the ones to gain the advantage of staying up in the league following Ashantigold’s demotion.