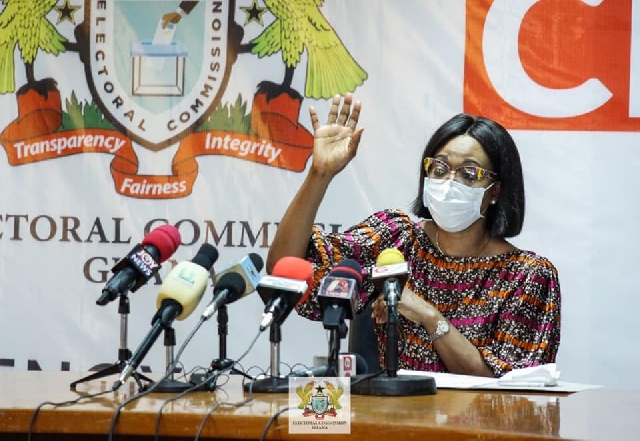 The Electoral Commission (EC) has denied printing new voter ID cards after the expiration of the voter registration exercise.

According to the Commission, a video circulating on social media purporting to be officials of the Commission printing voter ID cards is untrue and should be ignored.

“We entreat the public to disregard this video as it is false,” the EC said in a statement.

The election management body explained: “During the just-ended registration exercise, a few centres experienced the production of duplicate ID cards, which resulted from registration kits bearing the same codes”.

“This led to the printing of voter ID cards with similar numbers for different persons.”

The Commission said it is, therefore, replacing the duplicate cards for the affected persons, as such the cards in the video belong to those persons with duplicate voter ID numbers.

“They were authorised by the Commission, printed at the headquarters and subsequently sent to the district offices for lamination and distribution,” the statement said.

The EC has, therefore, advised the public to disregard the video.

The commission, however, confirmed that several district offices have voter ID cards which are being distributed to the affected persons and below is the full list of the affected districts.

The EC has also entreated political parties to visit the affected district offices to monitor the distribution of the duplicate cards to the affected persons.