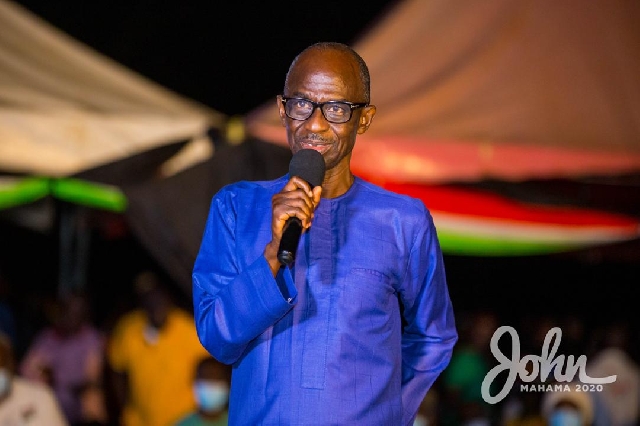 The General Secretary of the National Democratic Congress (NDC), Mr Johnson Asiedu Nketia, has said the messy processes being undertaken by the Electoral Commission has vindicated the party’s long-held position that there was no need to compile a new voter roll ahead of the 2020 polls.

Nonetheless, Mr Asiedu Nketia told journalists at a press conference on Wednesday, 7 October 2020 that the biggest opposition remains undaunted and determined to be part of the general elections.

“Currently, we have a situation where we have been called to file nominations where there is a big doubt as to which register will be the base document for the election”, Mr Asiedu Nketia told journalists when he went to the EC to file the nomination forms on behalf of former President John Mahama, flagbearer of the NDC.

“This register is called a provisional register because it has not been certified.

“We are going along because we do not want to create a problem for this country.

“The Electoral Commission has presented a form to us to be submitted and an oath to be sworn based on a law that does not exist.

“They have said on the forms that we should swear that the candidates have filed their assets according to PNDC law 280, which has repealed since 1998”, Mr Asiedu Nketia noted.

According to him, “the law guiding the filing of nomination and declaration of assets today is Act 558 1998” and, thus, wondered: “How can a competent Commission be calling us to be swearing oaths based on laws that do not exist?”

“The EC doesn’t even know that the law doesn’t exist.

“So, we want to put on record that, we are filing this nomination because they say so.

“And we will not boycott the elections no matter what system they put in place.

“We will still participate in the election and win, and they will be compelled to declare us winners because the people of Ghana want us back”, Mr Nketia said.

Despite President Nana Akufo-Addo’s recent admonition to the EC Chair, Mrs Jean Mensa, that he is not interested in crooked election results but rather that of a fair and free process, Mr Asiedu Nketia said: “We want to alert His Excellency that this election is about to be crooked and all the ingredients are there”.

“So, we are calling on all Ghanaians that this election we are going into, is a rescue mission.

“We have to get up to rescue the democracy in this country”, he stated.