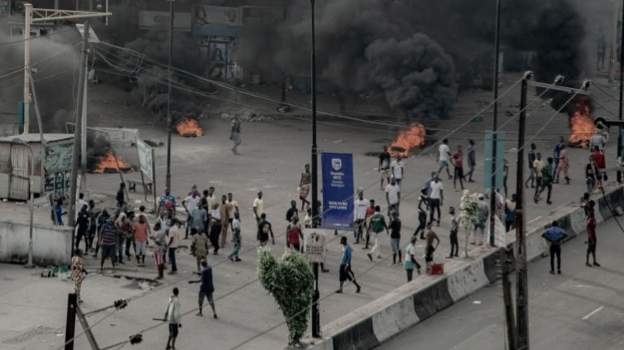 The Commonwealth Secretary-General, Patricia Scotland, has condemned the violence in Nigeria and said those responsible for what she called “cowardly acts” must be held accountable.

Lady Scotland said she was following with “deep concern” reports of attacks on demonstrators in the commercial hub of Lagos and other parts of Nigeria.

“The right to peaceful demonstrations and freedom of assembly are constitutionally protected rights and should be respected by all at all times. The perpetrators of these cowardly acts must be held accountable in accordance with the law,” she said in a statement.

Rights group Amnesty International said at least 12 people were killed by soldiers and police in Lagos on Tuesday.

Lady Scotland called for prompt and impartial investigations, and the findings to be made public.