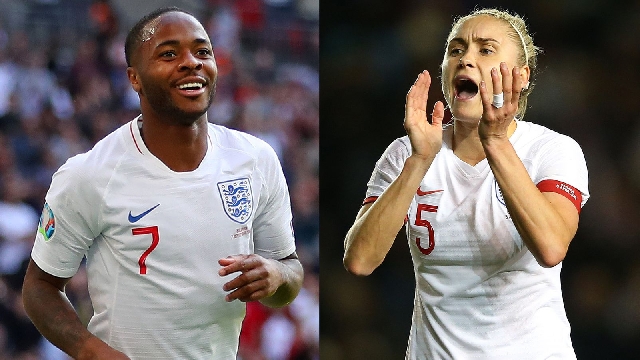 The Football Association has announced that England’s men’s and women’s international teams are receiving equal pay.

It follows Wednesday’s announcement that Brazil are to pay their international women’s team the same as the men’s.

The FA revealed to Sky Sports News it has been paying the men’s and women’s teams equally in terms of match fees and match bonuses since January.

A statement read: “The FA pays its women’s players exactly the same as their male counterparts for representing England, both in terms of match fees and match bonuses.

“This parity has been in place since January 2020.”

England and Brazil are part of a select few nations who pay their male and female players equally, along with Australia, Norway and New Zealand.

Last year, current women’s world champions the United States sued their federation, alleging discrimination over pay and conditions. The team appealed earlier this year after a judge dismissed their case.

The World Cup-winning team’s long-running feud with US Soccer has been a public and bitter battle and the players had been seeking $66m (£53m) in damages under the Equal Pay Act.