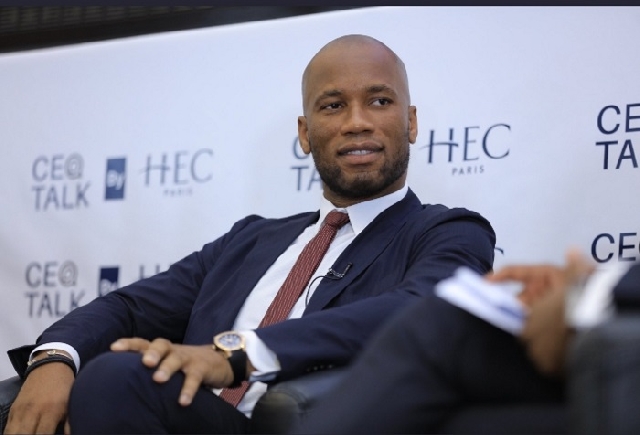 Former Chelsea striker Didier Drogba has been ruled out of the contest for next month’s Ivory Coast Football Federation (FIF) presidential election.

On Thursday, the FIF Electoral Commission found the two-time African Footballer of the Year did not meet the criteria to become the head of the county’s football governing body as he had not received enough nominations.

Earlier this month, Drogba was greeted by a large crowd when he submitted his electoral form to vie for the presidential seat at the FIF’s office in Abidjan.

However, one of the irregularities found in the 42-year-old’s candidacy was that two of his sponsors were found to have also backed his opponent, FIF’s first vice-president Sory Diabate. They are Ivorian top flight side Africa Sports and a body representing referees, AMAF-CI.

The removal of Africa Sports’ backing left Drogba with two nominations from Ligue 1 clubs, which means he did not meet the electoral requirements of having at least three from the 14 top-flight outfits.

Paul Koffi Kouadio is another candidate who had his bid rejected, leaving incumbent vice-president Diabate and former FIF vice-president Yacine Idriss Diallo as the two cleared for the vote.

Drogba and Kouadio, however, have a five-day window to appeal the electoral body’s verdict.

Thursday’s ruling dealt a further blow to the former Galatasaray and Marseille forward’s bid after the Ivory Coast Footballers Association (AFI) failed to support his candidacy.

The AFI’s negligence of Drogba has drawn condemnation from the International Federation of Professional Footballers (FIFPro) who, suspended the body as a member of their organisation.

Former Barcelona and Manchester City midfielder Yaya Toure has also slammed the footballers’ body in the West African nation accusing it of breaching its mission and obligation.

Drogba played for the Ivory Coast between 2002 and 2014 before calling time on his international career.

He is the country’s all-time top scorer with 65 goals after 105 games, the country’s third-highest tally of international appearances after Didier Zokora (123) and Kolo Toure (120).