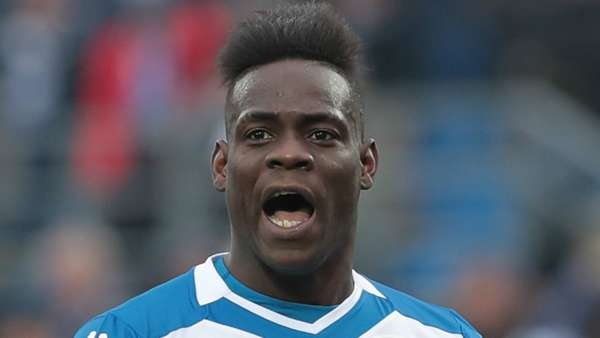 The Italian frontman has been without a club since leaving Brescia at the end of last season, but says he’s got a new destination lined up

Former Manchester City and Liverpool striker Mario Balotelli has revealed he will sign for a new club “in a few weeks”.

Balotelli dropped into the free agency pool after being released by Brescia at the end of the 2020-21 campaign.

The 30-year-old forward failed to report for training with the Italian club following the coronavirus lockdown, and was publicly criticised for a lack of discipline by his manager.

Brescia head coach Diego Lopez told Corriere della Sera in June: “There’s only one truth here: the team have followed one path, Mario has followed another. I thought he could give so much, playing in the city of his birthplace.

“He had a lot to give but he had to do more, much more. These are the facts. Therefore, it’s normal that there’s disappointment.

“I spent a lot of time on him. He didn’t even show up on Zoom during quarantine.”

Genoa were reportedly prepared to offer Balotelli a one-year contract during the summer transfer window, but a final deal never came to fruition.

The Italian frontman has also been linked with a move to MLS, and he now claims that he has already got his next destination lined up.

During a live conversation with his brother Enock, who is currently taking part in the Italian version of the reality show Big Brother, Balotelli fielded questions on his future.

Asked where he has gone to ply his trade at the start of the 2020-21 campaign, the ex-City star responded: “I still don’t play, in a few weeks I’ll sign, don’t worry.”

Balotelli joined Brescia as a free agent in August 2019, and went on to score five goals in 19 appearances for his boyhood club.

He took in a brief spell at Marseille earlier that year after terminating his contract at Nice, where he had initially rebuilt his reputation after a disastrous spell at Liverpool.

Balotelli only managed to score four goals at Anfield between 2014 and 2016, failing to fill the boots of Luis Suarez upfront following the Uruguayan’s move to Barcelona.

The ex-Italy international enjoyed a prolific spell at Milan prior to his ill-fated stint on Merseyside, having moved to San Siro from City in 2013.

He also managed to win a Premier League title at Etihad Stadium, but never quite managed to live up to the potential of his early days at Inter, who sold him to the Manchester outfit for €22 million (£20m/$26m). in 2010.