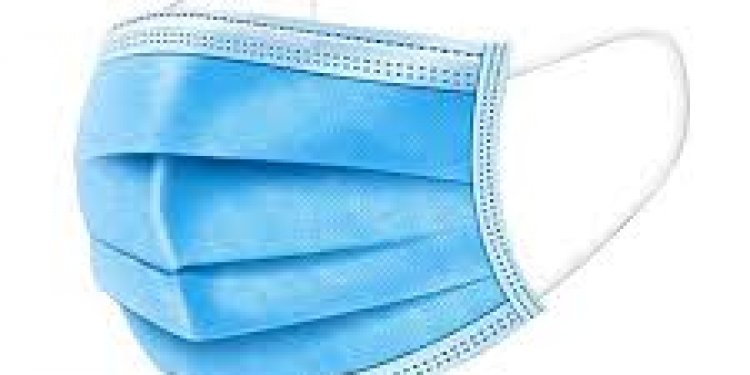 Chicago, July 17, (tca/dpa/GNA) – As more and more people have been going back out in public now that some of the state’s restrictions have lifted, the presence, or absence, of a mask can often trigger punitive behavior.

A Highland Park, Ill., woman was arrested last week after allegedly spitting in a man’s face for removing his mask at a Costco shopping center.

After the man checked out, he began to remove his mask while in the process of leaving the store. The woman, identified as Elizabeth H. Mach, 45, rammed her shopping cart into the man’s cart as he was doing this, according to reports. Mach allegedly told the man to put his mask back on since he wasn’t out of the store yet. The man ignored her, but Mach continued, yelling, “I am a schoolteacher and I have COVID-19,” reports said. Then she took off her mask and spit in his face, reports said.

A Lakeview woman shared on the NextDoor app that her 70-year-old husband was also spat on during a walk through the neighborhood over a mask dispute.

“As my husband was taking a walk at Clark & Diversey this evening a man walked by without a mask,” she wrote on the app. “When asked where was his mask this man threatened to spit on him. Yesterday the same thing happened but the man did spit on my husband. He’s 70 yrs old & needs to protect himself. They ended up walking away. Is this a new thing, spitting on older people?”

Mark Dworkin, infectious disease expert and epidemiologist professor at the University of Illinois at Chicago, emphasizes that masks are a tool that can “play a role” in limiting the spread of Covid-19, especially if worn by a large portion of the population.

“We believe that mask wearing could reduce the frequency of transmission in the general public, that’s the bottom line,” he said. “The mask is an obvious barrier to some of the virus that could be coming out.”

Depending on the mask, and if it’s fitted and worn accurately, Dworkin explained, some may even provide protection from the virus, like the N95 mask.

“We know the N95 mask is very good when fitted properly at protecting somebody from inhaling the virus,” Dworkin said.

So why has this health aid become a trigger of hostility and anger for some?

Robyne Howard, a clinical psychologist and owner of Lakefront Counseling Group, says at the core, people behaving these ways struggle with reading social cues and empathy, and are not thinking about how their actions impact other human beings.

“There are certainly groups of people that really believe in autonomy and freedom and self determination at all costs, that kind of rugged individualism,” said Howard. “And when they’re limited, they become very defiant and oppositional at their core.”

She says people in that camp say things like, “No one can tell me what to do,” and struggle to have a boss. They often can be unreceptive to feedback and self-reflection as well.

“Also, I think that in that group of people is the belief that they are omnipotent, that nobody can touch them, that they are immune to disease, or crime, or any kind of potential frailty,” said Howard.

There’s a lot of fear that people are coping with, too, said Howard. The way people respond to that fear can look like overcompensation as a way to minimize their real concerns about the pandemic.

“If I can minimize that the pandemic is scary and worrisome, and feel omnipotent and safe, then I don’t have to wear a mask,” said Howard. “I’m above that. Nothing will happen to me, I’m omnipotent. I think the combination of someone who has a belief in rugged individualism, and maybe some privilege, combined with a feared response, (and) they cope with that feared response by believing that they’re omnipotent, it reduces irritability and anger, and (minimizes and devalues) other people’s needs.”

If you’re confronted with this kind of primitive behavior, and someone is “flagrantly ignoring your request, or they’re escalating,” Howard says it’s not a good idea to get into a more aggressive encounter with them.

“I would worry about your own safety,” she said.