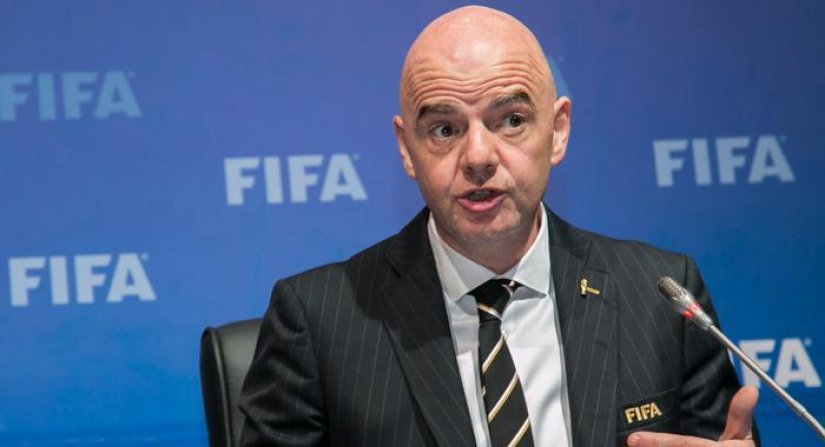 The probe was launched little over a year after Infantino was re-elected for a second term as FIFA chief and touted his efforts to clean up football’s governing body that had become “toxic, almost criminal” under his predecessor Joseph Blatter.

The meetings between Attorney General Michael Lauber and fellow Swiss national Infantino took place in 2016 and 2017, as Swiss prosecutors were looking into FIFA corruption, including how Russia and Qatar had won the right to host the 2018 and 2022 World Cups, respectively.

A special prosecutor who has been assigned to the case has concluded that “there are indications of criminal conduct,” the authority said in a statement.

Possible offences include abuse of public office, breach of official secrecy, assisting offenders and incitement to these acts, according to the statement.

Infantino, who had previously labelled the issue “absurd” and said it was perfectly legitimate to meet the Swiss attorney general, issued another statement via FIFA on Thursday reiterating those views but adding that he would cooperate.

“People remember well where FIFA was as an institution back in 2015, and how substantial judicial intervention was actually required to help restore the credibility of the organisation,” he said.

“Therefore, I remain fully supportive of the judicial process, and FIFA remains willing to fully cooperate with the Swiss authorities for these purposes.”

Blatter told dpa: “The case is clear. Now the FIFA Ethics Committee must also initiate proceedings against Gianni Infantino and suspend him.”

The special prosecutor has also asked the Swiss parliament to lift Lauber’s legal immunity, so that criminal proceedings can also be launched against him.

Thursday’s announcement came one day after Lauber said that he would leave his post at the end of August, reacting to a disciplinary ruling against him, as well as to parliamentary efforts to remove him from office.

For years, Infantino’s predecessor Blatter and FIFA had consistently batted away allegations of corruption surrounding officials and the voting for World Cup hosts.

But matters came dramatically to a head in 2015 in Zurich, when Swiss police arrested and indicted several high-ranking football officials on bribery and racketeering charges as part of a US investigation.

Swiss Blatter was ejected from office late that year and Infantino took his place.