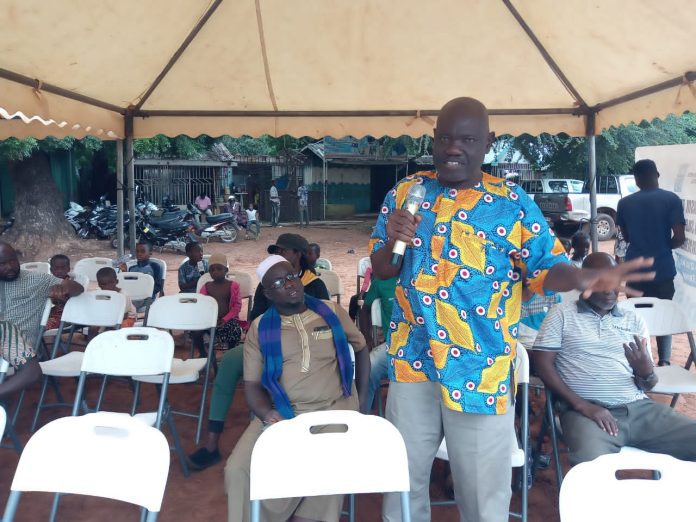 Tricycles Association in Tamale urged Security personnel to create a good relationship with the citizens to fight against Violent Extremism in the country.

Mr. Mohammed Kadri, a Member of the Tricycles Association in Tamale said it is important for the security agencies to build strong partnership with the citizens by training them on some of the prevention measures.

He said this during a sensitization seminar on Preventing Violent Extremism for their members as part of mechanisms to prevent violent extremism in the country.

The seminar which was held in Tamale was supported by Northern Regional Peace Council United in collaboration with Nation Development Programme (UNDP), was to create awareness on violence extremism and develop resilient structures for the prevention of the violent extremism nationwide.

Mr. Kadri stated that the government should partner with other organisations to enhance the creation of awareness towards the prevention of violence extremism across the country.

Mr. Fuseini H. Kamin, who is also a Member of the Tricycles Association in Tamale, advised politicians to come together to support security personnel with their ideas on how best the country can prevent the violence extremism.

Deputy Superintendent of Police (DSP)Mr. Emmanuel Holortu, the Northern Regional Coordinator of the Domestic Violence and Victims Support Unit (DVVSU) advised the public drivers to be vigilant with passages to make sure those passages are not a threat to the country.

He said citizens should be watchful places with large numbers of people, such as transport stations, festivals and concert venues and shopping centers.

He indicated that citizens should check the location of the emergency exits in every building they enter and make sure they are safe.

He added that the fight against terrorism in the country depends on both security agencies and public engagement.