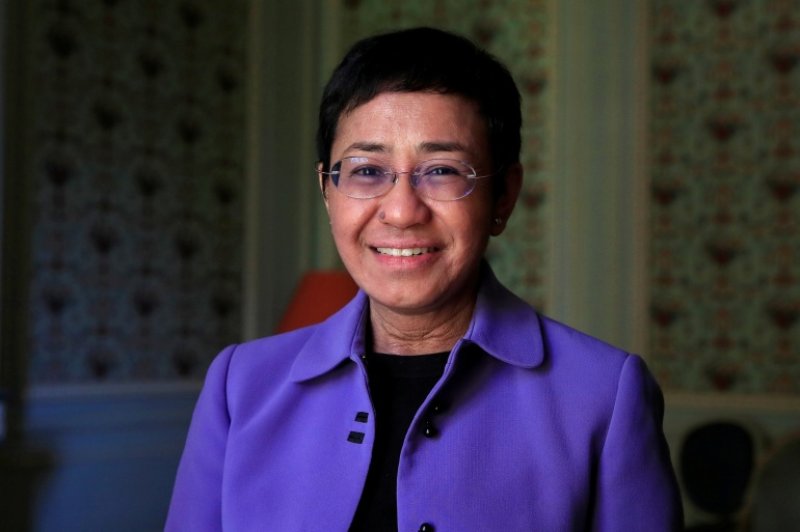 The 2021 Nobel Peace Prize has been awarded to journalists Maria Ressa from the Philippines and Dmitry Muratov from Russia “for their efforts to safeguard freedom of expression, which is a precondition for democracy and lasting peace.

Announcing the shared award in Oslo on Friday, the Norwegian Nobel Committee said that the pair were “representatives of all journalists … in a world in which democracy and freedom of the press face increasingly adverse conditions.”

Ressa, 58, co-founded Philippines investigative journalism website Rappler with three other female journalists in 2012 and has focused much of her work since on covering Philippines President Rodrigo Duterte’s controversial and violent war on drugs.

As a result of Rappler’s reporting on the extrajudicial killing of over 5,000 people as part of Duterte’s campaign to clear the country of drug gangs, Ressa has been the subject of smear campaigns as well as legal action by the government.

She currently faces a jail term of up to six years for defamation after Rappler published an article implicating the former Philippines Supreme Court chief justice of corruption.

Ressa, who was at a public event when she received the phone call from the Nobel Committee, responded with astonishment, saying simply “I’m speechless!”

In a video interview on Rappler, Ressa said: “When we live in a world where facts are debatable, when the world’s largest distributor of news prioritises the spread of lies laced with anger and hate, and spreads it faster and further than facts, then journalism becomes activism.”

“We are fighting for facts,” she said.

The 59-year-old Muratov, whose work is not connected to Ressa’s, founded the Russian newspaper Novaya Gazeta in 1993 and has been its editor-in-chief for 24 years. It is today one of the very few independent media outlets in Russia, and has seen six of its journalists murdered, most famously its Anna Politkovskaya, who was gunned down outside her apartment in 2006 after years of writing critically about Russia’s war in Chechnya.

Muratov has already said that he plans to use his share of the prize money to support Russian journalism at a time when it is in deep trouble: “We will try to help people … who are now being harassed and driven out of the country,” he told independent Russian news website Meduza on Friday.

The news of the award will not be met with smiles in the Kremlin given Muratov is one of the country’s most outspoken Putin critics.

He has also expressed solidarity with the democracy movement in Belarus and publicly criticized Russia’s 2014 annexation of the Crimea.