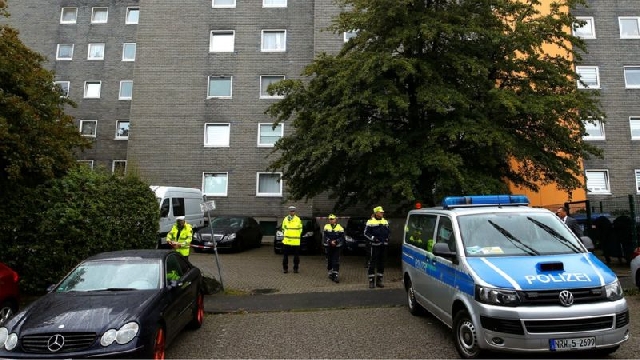 The bodies of five children have been found in a private apartment in a large block of flats in the western German city of Solingen, police say.

Emergency services were called to the residential block in the Hasseldelle area of the city on Thursday afternoon.

German media say the 27-year-old mother is believed to have tried to take her own life at a train station in nearby Düsseldorf.

Few details have been provided, with no information about the cause of death. According to unconfirmed reports published on the German news website Bild, the five children – three girls and two boys – were aged from one to eight.

A sixth child, reportedly an 11-year-old boy, was said to have survived. The children’s grandmother had alerted the emergency services, Bild reported.

The mother was reportedly injured after throwing herself in front of a train in Düsseldorf at about 13:45 local time (11:45 GMT) and is being treated in hospital under police guard.

A local police spokesman told Bild: “We can’t say anything about the motive yet. The mother must be interviewed.”

The entrance to the block of flats in Solingen, in North Rhine-Westphalia state, has been sealed off and images show police cars and ambulances lining the streets, with forensic officers also at the scene.