Fourth week of Parliament to be busy 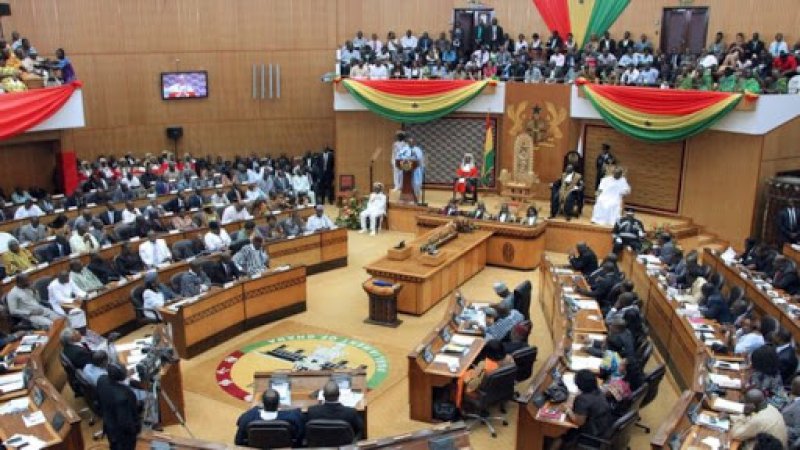 The Parliament of Ghana enters the fourth week of sittings prior to the Christmas holidays, and expected to be busy with the presentation of the 2022 Budget Statement, on Wednesday, November 17, 2020.

Aside the presentation of the 2022 Budget Statement and Economic Policy of the Government of Ghana, by the Finance Minister, which would be on the authority of the President Nana Addo Dankwa Akufo-Addo, there would be a total of 50 questions-17 urgent and 33 oral- to be responded to by the Leader of the House and 14 Ministers.

“Rt Hon. Speaker, as may be noted on the proposed Business Statement, a considerable number of Questions have been scheduled for response by some Ministers, particularly, those who have more Questions asked of them,” Mr Alexander Kwamina Afenyo-Markin, Deputy Majority Leader announced in the Business Statement and its accompanying memorandum.

He added: “This is to enable the reduction in the backlog of Questions before business of the House begins to increase in volume.

They may be formal Communications by the Speaker, who may read any available communication to the House.

Ministers of State may be permitted to make Statements on Government policy. In accordance with Order 72, Members may make Statements duly admitted by the Speaker in the House.

On the presentation of the 22 Budget Statement, the Deputy Majority Leader urged Members to arrange their affairs to be present in the House on the said date.

He also announced that there would be a Post-Budget Workshop for all Members of Parliament to assimilate the content of the Budget.

The workshop is expected to be held from a venue yet to be confirmed by Leadership in consultation with the Speaker.

The Business Committee entreated all Members to avail themselves at the post-budget workshop and to participate.

The Deputy Majority Leader informed the House that Debate on the Budget Statement and Economic Policy would commence on Monday, 22nd November 2021.

The Deputy Majority Leader, who is also the MP for Effutu Constituency explained that Parliament was engaged in another equally important assignment in Kumasi on November 15, the Speaker’s Breakfast Forum, on the theme ‘Examining Parliament’s Oversight Function on Governance of Public Goods and Services: Prospects and Challenges in the 8th Parliament’.

He said the Speaker’s’ Breakfast Forum was one of the effective platforms various Speakers of Parliament engaged Civil Society Organisations (CSOs) to foster a better understanding of the work of Parliament.

He advised legislators to scrutinize the allocations and deal with them as early as possible and not just rubber stamp before the passage of the Appropriations on December 17.

Some urgent questions to be asked during the week are what the Education Ministry was doing to bring universal coverage of public and mobile library services to all districts in Ghana to give learners opportunities to compensate for disruptions to the academic calendar occasioned by the COVID-19 global pandemic.

Dr Prince Hamidu Armah, MP for Kwesimintsim Constituency will on Tuesday ask the Minister for Education on the status of procurement of textbooks for the implementation of the new curriculum, given that schools reopened and such materials were needed to support the reforms.

The education minister would also respond to why the Ministry planned to carry out mass transfer of teachers in the various Special (Basic) Schools in the country when the teachers were preparing their final year students for the Basic Education Certificate Examinations (BECE).

The House would also want to know from the Attorney-General and Minister for Justice the practical steps the Government was taking to address the challenges confronting legal education in Ghana.

During the week, the Minister for Transport would be asked the status of work on the Keta Sea port; and the status of construction of the Air Navigation Services Centre at the Kotoka International Airport.

Annoh-Dompreh MP for Nsawam-Adoagyiri) would seek to know from the Minister for Transport what findings were made in the feasibility studies for a new airport in either the Central, Western or in-between both regions, which would complement the agenda to transform Ghana into the transportation hub of West Africa.

The Minister for Tourism, Arts and Culture is expected to tell the House the measures the Ministry had put in place or is putting in place to attract foreigners to Ghana’s tourist sites and historical monuments in the COVID-19 era.

During the week, there would be presentation of Annul Statements by the Audit Committee of some Government Ministries Department and Agencies.