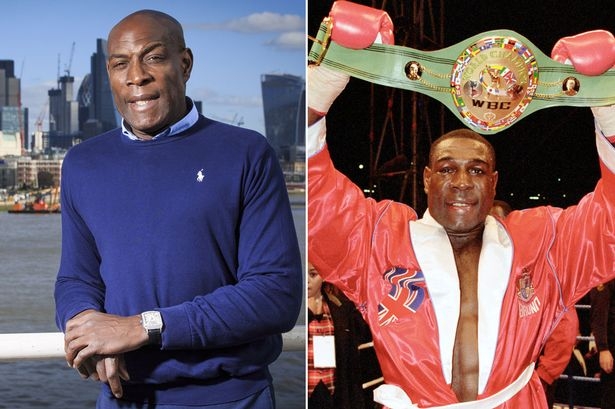 It was the greatest moment in his life — and one that thrilled millions of Brits.

Standing in the middle of the ring at Wembley Stadium, Frank Bruno raised his clenched fists to the sky as fireworks exploded.

Finally, at the fourth attempt, he had risen from pantomime dame, famous for his ‘Know What I Mean’ catchphrase’, to the world heavyweight champion.

Yet 25 years on from that iconic night, yesterday’s anniversary was bittersweet for Frank.

That’s because the 58-year-old, who has been suffering mental health problems for two decades, is trying to cope with a relapse in his battle with bipolar disorder.

In an emotional interview dad-of-four Frank says lockdown has brought about his new torment.

The ordeal has been brought on by the heartbreaking loss of four friends from suspected Covid-19.

They have been crushing blows which, Frank says, have been tougher than any punches he felt in the ring.

Among those he has lost are Rupert Doaries, a former member of Frank’s coaching team, Milton Marks, his former accountant, and lifelong pal Mickey Crow.

In an exclusive interview Frank said: “Today I will be taking some time to think about all of them.

“The hardest thing about losing so many friends during lockdown was not being able to go to the funerals and say goodbye properly.

“The friends I have lost are guys who have been friends for most of my life — and long before I became famous.

“It’s made me realise just how precious life is and how horrendous this virus has been for many.

“I can’t lie mentally, the last few months have been really, really tough.

“There have been some really dark days which have pushed me right to the brink. But I am still here and still fighting and that’s what I will always try to do.”

Frank remains one of the country’s most loved sporting icons, and he agreed to speak out because he fears many, like him, have struggled with the fallout of the pandemic.

The ex-WBC king, who has been  previously sectioned, battled through by getting medical advice, leaning on friends . . . and exercising.