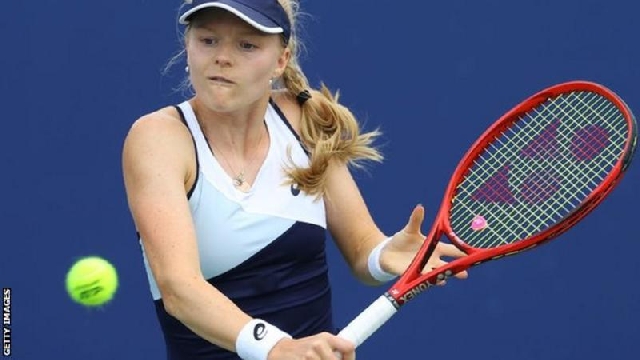 Harriet Dart is ranked 150th in the world

The defeat means Johanna Konta and Heather Watson will be the only Britons in the women’s singles main draw at Roland Garros, which starts on Sunday.

Broady will be seeking to earn a spot in the clay-court Grand Slam for the first time in his career.

The draw for the tournament takes place on Thursday at 17:00 BST, with Andy Murray, Cameron Norrie, Dan Evans and Kyle Edmund waiting to find out who they will face in the opening round.