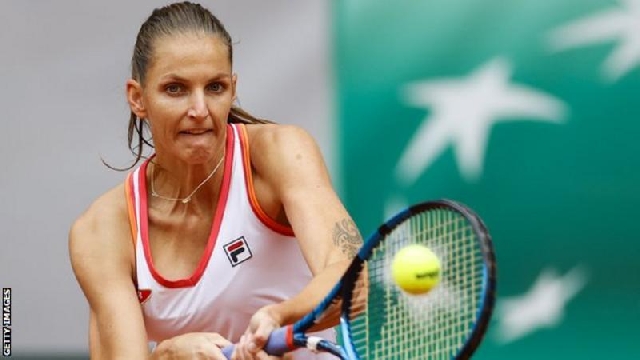 Czech second seed Karolina Pliskova came from a set down to avoid an upset against Egyptian qualifier Mayar Sherif in the French Open first round.

World number four Pliskova, 28, had eight set points in the opener, before losing to Sherif – ranked 172nd in the world – in a tie-break.

The 2017 semi-finalist wrapped up a quick second set against the 24-year-old after winning four games in a row.

“It was super tough,” she said. “Especially after losing the first set after having set points.

“She played a great game, especially in these conditions.”

Sherif kept up an impressive level throughout and the pair exchanged breaks at the start of the second set.

But Pliskova then won four games in a row, eventually holding serve to level things.

The Czech was made to work much harder for the final set as she failed to convert five break points before winning the sixth to go 4-3 up.

She held serve and wrapped up the match after two hours and 15 minutes with an ace down the middle.

Pliskova, who has never won a Grand Slam, will face Latvian world number 43 Jelena Ostapenko in the second round.