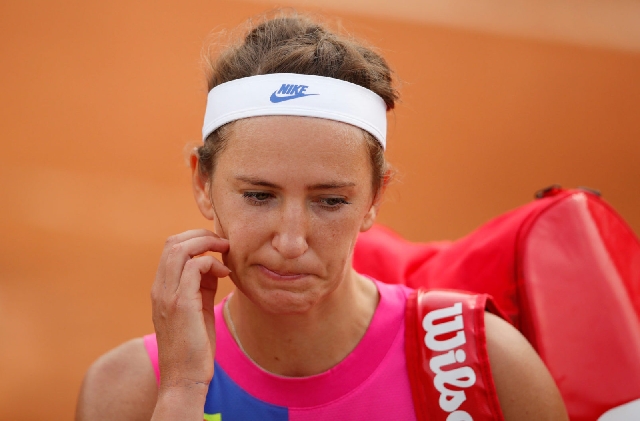 The Belarusian, 31, reached the US Open final earlier this month but struggled on the clay against Schmiedlova, who won 6-2 6-2.

The Slovak fell in the second set and the trainer was needed to treat her knee, but it did not halt her progress.

“I was trying to get back into the match,” she said. “I lost my way a bit and was making too many errors.”

Svitolina won her 15th WTA title in Strasbourg last week but is yet to reach a Grand Slam final.

She will face Russian world number 31 Ekaterina Alexandrova next.

A possible meeting with Serena Williams in the quarter-finals is no longer on the cards after the American 23-time Grand Slam champion withdrew before her second-round match with an Achilles injury.